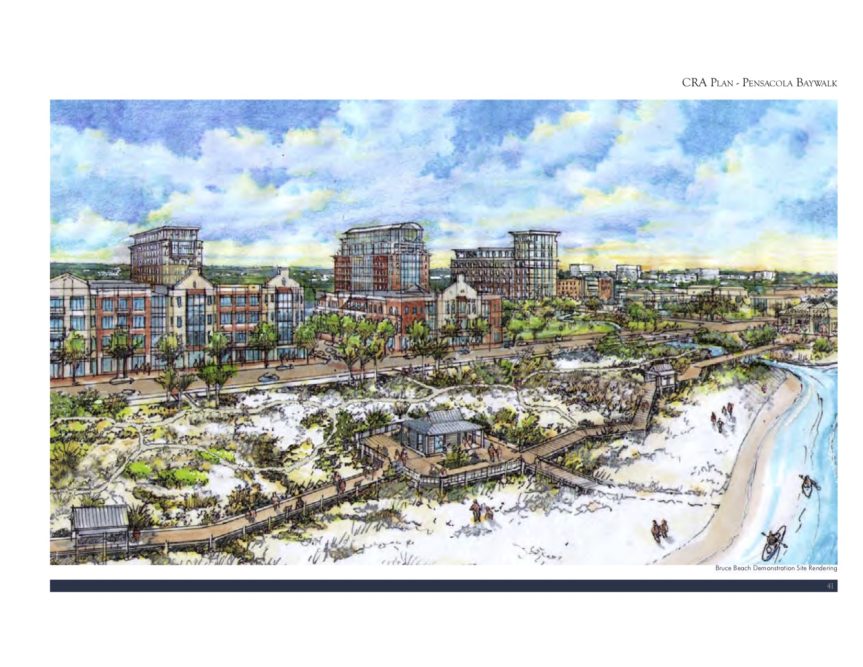 The City of Pensacola and Florida Fish & Wildlife Conservation Commission may have bigger issues with their fish hatchery than the standing of the citizens who sued to stop the construction on Bruce Beach.

When the attorneys for the city in January made the motion to dismiss the Lindemann-Holzman lawsuit, they argued that the notice requirements in Section 163.80(3), Florida Statutes, did not apply to properties acquired before the creation of a community redevelopment area.

That was CRA Director Helen Gibson tried to tell Councilwoman Sheri Myers in an email last October, “The CRA has never been a party to the Fish Hatchery lease. The property was purchased by the City of Pensacola in 1974, and no CRA funds were ever allocated to it. The CRA statutes do not apply.”

According to attorney Robert Emmanuel, who represented Lindemann and Holzworth, the city withdrew that argument because it wouldn’t hold up. Instead, they fought the lawsuit on the basis of lack of standing.

And while Judge Boles did rule in favor of the city and dismissed the lawsuit, Emmanuel believes a bigger issue is the hatchery doesn’t comply with the city’s Comprehensive Plan, Development Code and Community Redevelopment Agency Plan.

Some have argued that fish hatchery complies with the CRA plan. It does not. The plan called for the 44.5 acres to be bisected by the extending Cedar Street to S. Clubbs Street. Cedar Street runs from the Community Maritime Park between Baskerville Donovan and Nicks’ Boathouse. (Note: The road in the drawing above shows the extension Cedar Street.)

South of Cedar Street would be “an interactive educational nature park” and a boardwalk that would connect to CMP (page 40). The FWC hatchery plan has an optional pedestrian bridge. The hatchery will be have a marine educational component but no nature park.

The northern portion would be for commercial and residential development that could be in conjunction with the redevelopment of the ECUA site (page 41). One of the goals would to create a West Gateway along Main Street (page 44). The redevelopment concept presented for the northern section between Cedar and Main streets called for high density mixed-use development (page 58-59).

Volume Two of the CRA plan stated the development strategy had five key components: Residential, Retail, Office and Tourism, Arts and Entertainment (page 4). Nothing about industrial uses, which is what a hatchery is.

The plan states the CRA/City would market Bruce Beach and other redevelopment parcels to “national and international developers that have an established portfolio of medium and high density mixed-use experience in urban markets” (page 26).

According to city ordinances and comprehensive plan, Bruce Beach is in the Waterfront Redevelopment District that allows for residential, retail and commercial but not industrial (City Ordinances Sec. 12-2-12. – Redevelopment land use district).

Emmanuel pointed out that the City and FWC have a problem because their lease agreement says the hatchery must comply with “Waterfront Redevelopment District in the City’s land development code” (Section 3 of lease).

The FWC will need to show the Pensacola City Council how its development complies with the code and CRA plan. It hasn’t yet.

8 thoughts on “Hatchery Headache: It does not comply with city code or comp plan”