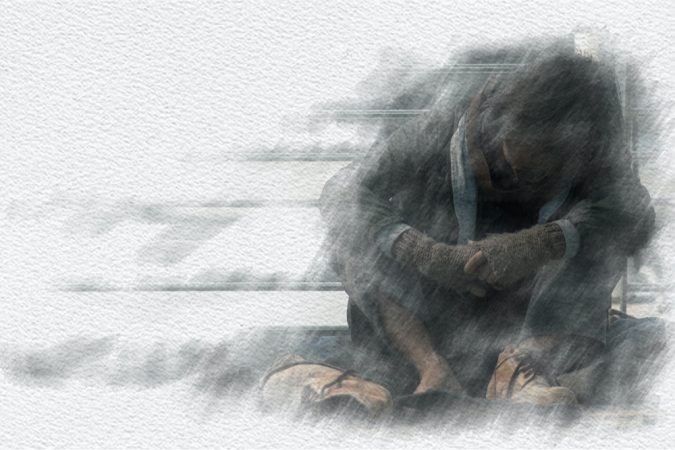 City Will Work to Transition Away From Site
by Jeremy Morrison, Inweekly

The homeless encampment underneath a downtown stretch of Interstate-110 overpass can remain in place a bit longer without campers having any fear of being evicted. The Pensacola City Council has approved another 90-day eviction moratorium for the encampment, but this time focusing on moving homeless people into permanent dwellings elsewhere.

While the homeless encamped beneath the overpass are assured some more time, Connie Bookman doesn’t think they’ll need it.

“I’m here to tell you, you’re not gonna need a moratorium to continue, you’re not going to need many more weeks,” she told city council members during their Sept. 23 meeting.

Bookman, executive director of Pathways for Change, along with Opening Doors of Northwest Florida’s John Johnson, heads up the Northwest Florida Homeless Reduction Task Force. The task force recently presented a plan to the city to spend $3 million in public funds to address the needs of the homeless community. Much of the plan, such as locating small-scale, multi-person dwelling units on private property, hinges on buy-in and coordination with community partners, and Bookman sounded overwhelmed by the response she’d received since unveiling the plan.

“I told John Johnson yesterday, ‘I feel the power of God every day in my life. But I saw him yesterday,’” she relayed.

Bookman told the city council — though she did not get into specifics — that the community response to the task force’s plan and needs has been so positive that she’s confident transitioning campers to others places will happen relatively quickly.

“And I respect Micheal Kimbrel saying, ‘What is going on?’ Well, I haven’t even told the mayor what is going on,” Bookman continued. “It’s just — I’m not going to get into the detail of it, but I am certain that our community is embracing the people under I-110, and I believe that God is in the middle of all of it and I am certain that in short order, by Thanksgiving, that park will be as if a tent city had never existed and families will be able to enjoy their Thanksgiving, but I really do believe by the first of November we’re going to be able to have people in a safe place that is desirable for them and I can’t wait for y’all to see it all unfold.”

Later, Kimbrel, local homeless advocate and executive director of the Alfred Washburn Center, told the council that he felt there should be more such campgrounds for homeless individuals in the area. He said that the city’s moratorium on eviction from the public land, coupled with the regularity of social and health services being offered on-site, has acted to expose the severity and size of an issue that often remains veiled in the shadows.

“I think it is a necessity, and we need more of them. It’s the reason why I think you’re having a hard time lowering the numbers at that one; it’s become a mecca of help. People are hearing about it, starved for help in our community,” Kimbrel said. “By having this moratorium, you’re seeing them come out of the woodwork; you’re seeing them come out from the rug from which we swept them. This is what doing nothing looks like; we have for years done nothing as a community, and these numbers that you’re seeing are because of that.”

With a nod towards Bookman’s optimism, Kimbrel said his own optimism is tempered by the fact that he knows the I-110 encampment, while it has swelled in population, still represents only a fraction of the individuals who need help finding shelter. He sees a different group of homeless people at the Washburn center. And different groups still at the various meals he helps provide around the community.

“We’re overwhelmed. There’s a lot of work to do,” Kimbrel said. “And like I said earlier, I’m hopeful for this task force. I obviously don’t have as much hope as Connie Bookman has. The future will see if her hope is warranted or if it was, you know, just that, just hope. So, I hope that we can extend this moratorium, and I hope Connie’s right, I really do — [but] I fear you’re going to see me in another 90 days.”

Matthew Carr, a homeless man who is currently living in the I-110 encampment, told council members that the encampment and associated eviction moratorium is offering homeless people lacking respite.

“This place is the first place that’s given me any kind of hope for real resources, for helping me in my situation,” Carr said. “I’ve been sleeping on city streets, corners, behind dumpsters for years until I found this place not too long ago.”

And the availability of services provided by community groups regularly showing up on-site has enabled him the breathing space needed to catch his breath and envision a path toward a better day.

“People there are a real help,” Carr continued. “I need help, you know, I have health conditions, mental conditions, and for the first time, I feel a little bit human again.”

City Councilwoman Teniade Broughton asked the man if he would also take advantage of such services and shelter if the city figured out a way to provide them in a locale other than the public greenway beneath the interstate. Carr said he would but sounded considerably less optimistic about such prospects than Bookman or even Kimbrel.

Over the coming weeks and maybe months, the city will be working to prove the cynics wrong.

“In some ways, the moratorium exists,” clarified Council President Jared Moore, “but it exists as a period of transition, to begin to move on to conceptual services proposed to date by the task force.”