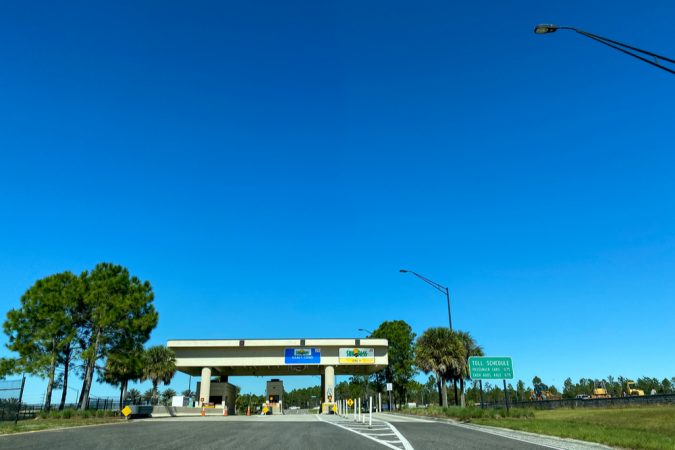 TALLAHASSEE — In the latest chapter in a long-running legal battle, a circuit judge has ruled that the Florida Department of Transportation cannot be forced to pay damages to bondholders because of lost toll revenues on a Panhandle bridge.

The ruling by Leon County Circuit Judge John Cooper centered on the Garcon Point Bridge, which spans part of Pensacola Bay but has never produced enough money from tolls to pay off bonds that financed its construction.

Cooper early this year forced the Department of Transportation to raise tolls on the bridge — known in Tallahassee as “Bo’s Bridge” because it was championed by former state House Speaker Bo Johnson of Milton.

But the legal battle continued, with UMB Bank, which is the trustee for bondholders, arguing that the department should also pay damages. Attorneys for the bank accused the department, in part, of failing to properly raise tolls earlier to meet financial obligations.

“As a direct and proximate result of FDOT’s intentional failure to timely adjust the tolls, millions of dollars in higher tolls were lost that could and should have been collected and paid to plaintiff (UMB Bank) for the benefit of the bondholders,” the bank’s attorneys argued in a court document this fall.

But in an October motion on the damages issue, the department’s lawyers argued that bond documents made clear that bondholders would be repaid through toll revenues — not other department money.

“The bondholders were clearly on notice when they purchased the bonds that damages against the department would not be an available remedy for a delay in repayment they might experience because the only source of repayment is toll revenue,” the department attorneys wrote.

Cooper on Monday entered a final judgment on the damages issue in favor of the department. Cooper, who held a hearing Nov. 3, did not detail his reasons in the two-page document.

The dispute stems from about $95 million in bonds that the state-created Santa Rosa Bay Bridge Authority issued in 1996. The bridge opened in 1999, and inadequate toll income was complicated by the fact that the bridge authority has been effectively defunct since 2014, according to court documents.

Under a lease-purchase arrangement, the Department of Transportation operated and maintained the bridge for the authority and remitted tolls to the bondholders. UMB Bank said in the lawsuit that bondholders were owed $134.9 million as of July 1, 2018, a number that has continued to grow.

UMB Bank filed the lawsuit in December 2018, and a year later Cooper ruled that the department should raise tolls. The department did so on March 1, with, for example, tolls going from $3.75 to $4.50 for two-axle vehicles when motorists use the SunPass system and to $5 for motorists who pay cash.

But while the damages fight played out this fall, another issue arose in the lawsuit because the department has suspended tolls on the bridge after Hurricane Sally led to damage in September on another span, the Pensacola Bay Bridge.

The department said in a news release last month that tolls would remain suspended until Dec. 13.

“The extension allows the Garcon Point Bridge to continue serving as a temporary detour route while the Pensacola Bay Bridge is being repaired from damage sustained during Hurricane Sally,” the news release said.

But the bondholders contend in court documents that such a lengthy suspension of the tolls after a storm is improper. Cooper did not rule on the issue Monday.

1 thought on “Judge backs FDOT in fight over Garcon tolls”