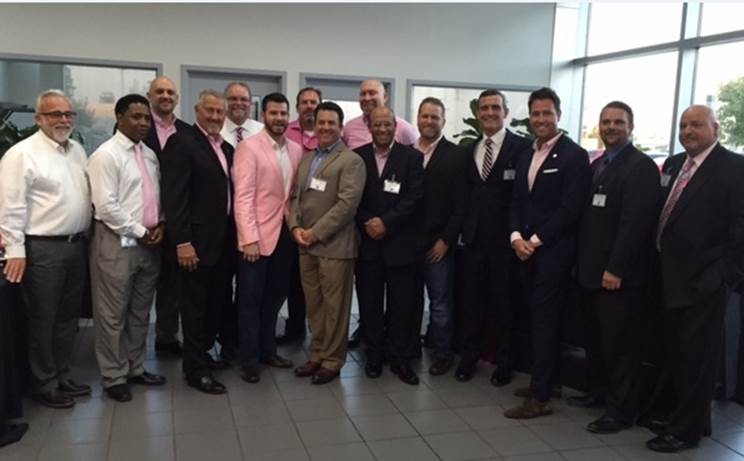 In its inaugural year, the Real Men Wear Pink campaign raised over $76,000 to support the American Cancer Society Making Strides Against Breast Cancer of Pensacola.

Throughout the month of October, 20 prominent local men participated in the campaign, raising money and encouraging their communities to take action in the fight to end breast cancer and create a world free from the pain and suffering caused by the disease. The Pensacola campaign took first place among 26 others across the state.

Doug Bates, Attorney Shareholder at Clark Partington, was the Pensacola campaign’s top fundraiser, raising more than $14,000 to support the Society and those impacted by breast cancer. Mr. Bates was ranked #2 in Florida.

“We are grateful to Doug Bates and all our Real Men Wear Pink participants for lending their voices to our cause,” said Kayla Owen, Community Manager for the American Cancer Society.

“Not only did they wear pink throughout the month of October, but they raised awareness about breast cancer issues and made a huge commitment to raise funds to help save more lives. Those donations allow the Society to be there for everyone touched by breast cancer, from research to education, prevention to diagnosis, and treatment to recovery. Every action we take moves us one step closer to a world free from the pain and suffering caused by breast cancer.”