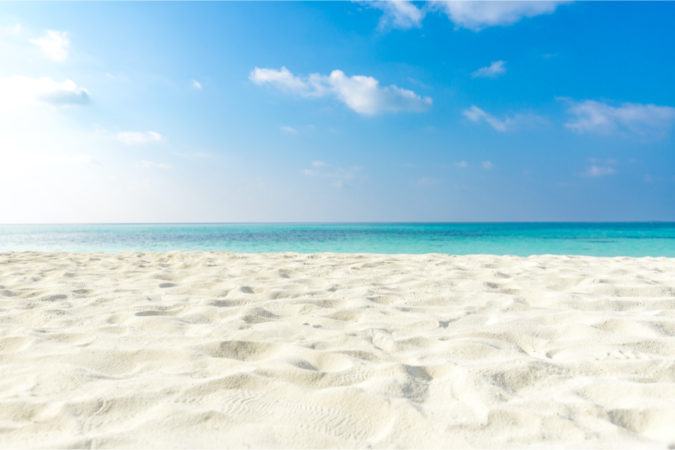 At his Wednesday morning “Coffee with the Commissioner,” Commissioner Jeff Bergosh said his vote to close public beaches at Perdido Key and Pensacola Beach were based on a letter signed by Dr. John Lanza, health department director for Escambia County, and local hospital executives (scan_134872_2020-03-19-16-40-51) and also was “to deter some of the spring break activities and things that were happening.”

“How do you reconcile that it’s good to go to the park, but to go to the beach is bad?” he asked Lanza with joined on the virtual broadcast along with County Administrator Janice Gilley. “I don’t mean to put you on the spot. If you rather not answer, you don’t have to, but I’d love to know your opinion from a scientific perspective.”

“From a scientific perspective, I understand you’re right,” said Dr. Lanza. “I guess it’s more the perception of what beaches are open, what beaches are closed. Would someone take advantage of the fact that the beach might open and then have congregations of large numbers of people? I can’t really answer that directly.”

He added, “That’s a very difficult decision. I do not envy your job. I would never envy your job…It’s got to be one of the most difficult jobs to have because we are talking about a huge economic impact to our community. Everything we do in public health, we try to minimize that public health on our economy if at all possible.”

Gilley seized on the his comments and took them in another direction.

“I’m probably going to get a little outside of my wheelhouse at this point,” she said. “I think it’s sad that as a society, we could not trust people to follow that under-10 directive. I think that’s what we heard from the healthcare professionals last week. For the protection of all, we’re asking you to keep in small groups.”

Gilley added, “Because there was a thought that we as a society could not guard and manage ourselves, we took away an amazing fantastic benefit that we just heard from a professional say, ‘It’s actually good for you, a beach.'”

Lanza agreed that a beach is good for person. However, he didn’t recommend reopening our beaches. No one has said that the outdoors were bad.

“Now, I was trying to get the scientists to say that white sand, crystal clear saltwater and sunlight were the antidote to this,” Gilley continued. “I’m not trying to make light of it, but I do feel like for those of us that live here, we live here because of the beach.”

She continued, “We live here because of the outdoor, the opportunity to experience the nature that we’ve been given. I think that to have that taken away from us, I think that’s also… I don’t want to say it’s creating anxiety and depression, but I would say that we feel like something like the oil spill has been taken away.”

Bergosh chimed in, “Sure has been.”

To date, Escambia County residents don’t have the most basic tool to understand the spread of COVID-19.  We aren’t given daily the number of nasal swab tests taken each at each testing site, clinic and hospital, the number of tests results received and the accurate numbers of the positive and negative results.

“A lot can change in a week, but that comment that I made was simply in response to the idea that it’s good to be outside,” shared Bergosh. “Plus, I’ve had constituents call me and ask about surf fishing or surfing. And so the real question is if I am a condo owner and on Perdido Key right now, I can go out my back door and enjoy my beach but ordinary citizens can’t… seems unfair.”

He said he favored reopening the beach “if  it can be done safely particularly now that Spring Break is over.”

The issue is what can be done to prevent people driving from New Orleans, Atlanta or even Miami or New York City and bringing the COVID-19 virus to our community.

As I reported yesterday, Dr. Anthony Fauci said that anyone in a highly infected area should quarantined for 14-days if he or she relocates to another part of the country.

What “tool” can Gilley and her team devise to prevent infected visitors spreading the virus in Escambia County?

Fauci has offered a true scientific and medical perspective – no spin or hyperbole.

We should be focusing on getting results back sooner, keeping the hospitals supplied with PPE’s and expanding testing to a broader part of our community.