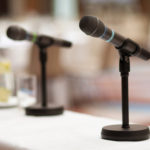 Women and men are polar opposites in the Florida governor’s race, as likely voters split 42 – 42 percent between Republican Gov. Rick Scott and former Gov. Charlie Crist, running as a Democrat, with 7 percent for Libertarian candidate Adrian Wyllie, according to a Quinnipiac University poll released today.

This compares to results of a September 24 survey by the independent Quinnipiac University, showing Gov. Scott with 44 percent of likely voters, Crist with 42 percent and Wyllie with 8 percent.

With Wyllie out of the race, Scott and Crist still are locked at 44 – 44 percent.

Men and women just about cancel each other out in the three-way matchup. Scott leads Crist among men 46 – 38 percent, with 10 percent for Wyllie, while Crist leads Scott 45 – 39 percent among women, with 6 percent for Wyllie.

Among those who already have voted, Crist gets 42 percent to Scott’s 38 percent.