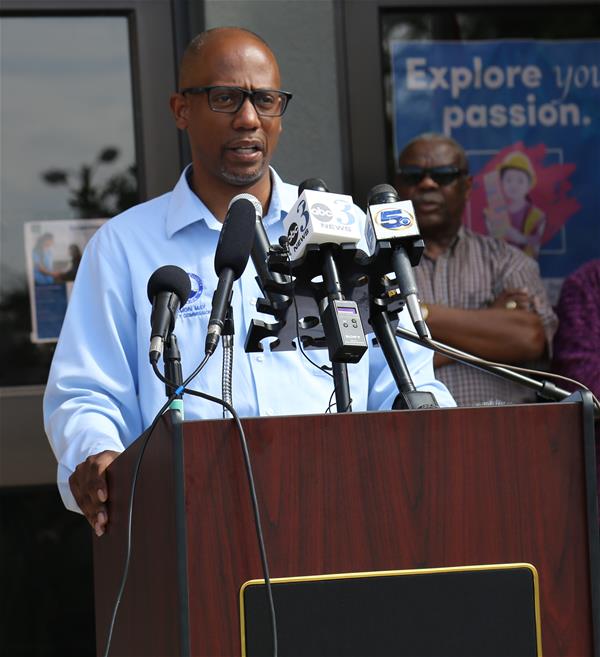 Commissioner Lumon May attended Mayor Grover Robinson’s press conference. Inweekly took advantage of the opportunity to ask the commissioner about communications on testing, re-opening the beaches and the safety of county employees.

County administrator Janice Gilley promised on Monday that she would give the media a “very robust” report on testing. Mayor Robinson and Commissioner May had a conference call with hospital leaders and testing numbers were given, which the mayor passed on to the media today.

However, none of those numbers were included in the county’s COVID-19 update that was sent out minutes before the press conference.

I asked Commissioner May when has Ms. Gilley told him she was  going to start giving the media the information we need to work with it.

“Well, we expect to get that update daily,” said Commissioner May. “I know that there have been communication with EOC and healthcare providers, but, like you, I am expecting to get that information. I think it’s critical to get it out to the citizens as quickly as possible.”

“We were just told in the update that there are 20 tests, and now we’re finding out there are 24,” I said. “The point is you’ve got to be frustrated with not getting information.”

“I think this is something that we’ve not faced before, and, like you are, there is frustration in terms of sometimes getting the numbers,” said the commissioner. “I think that our EOC is set up at this point, and that will probably be a point of conversation on Thursday on how do we accurately and quickly get those numbers out to the media.

I asked, “Can we get it before Thursday because that’s a whole lot of days between now and then?”

“We will absolutely do the very best that we can,” said Commissioner May. “After this press conference, I’ll be talking with Mrs. Gilley to release the most current numbers that we do have.”

In light of his and the mayor’s discussion with hospital officials, did Commissioner May believe it’s wise to reopen the beaches?

“Their recommendation is contrary to opening (the beaches), and so we’re going to continue to listen to our front line providers and our healthcare providers because the number one priority for us is simply the health of our citizens,” answered the commissioner. “I’ve said our economy will recover, but we will never recover the loss of a life. And so it’s very important for me to listen to our  scientists, our researchers, and our medical providers.”

During the Q & A part of the presser, Mayor Robinson talked about employees in self-quarantine.

“We have 16 employees at this particular time that our quarantined–most of them for travel related instance; a couple of them were I think they may be have had a test and don’t have it back results yet,” he said. “I think we got up as high as 20, but we had a couple of individuals that crossed their threshold so they were able to come back. So I think that count is somewhere between 16 and 17.”

I asked Commissioner May, “I know you’ve always been a big advocate for the workers in the County. Does it bother you that the city has had 20 employees that have been self-quarantined? The sheriff has 38 that are self quarantined, but your administration only has one person that’s been self quarantined.”

He added, “I’m not only talking to administration, but I’m talking to the people who are on the ground who are working.”