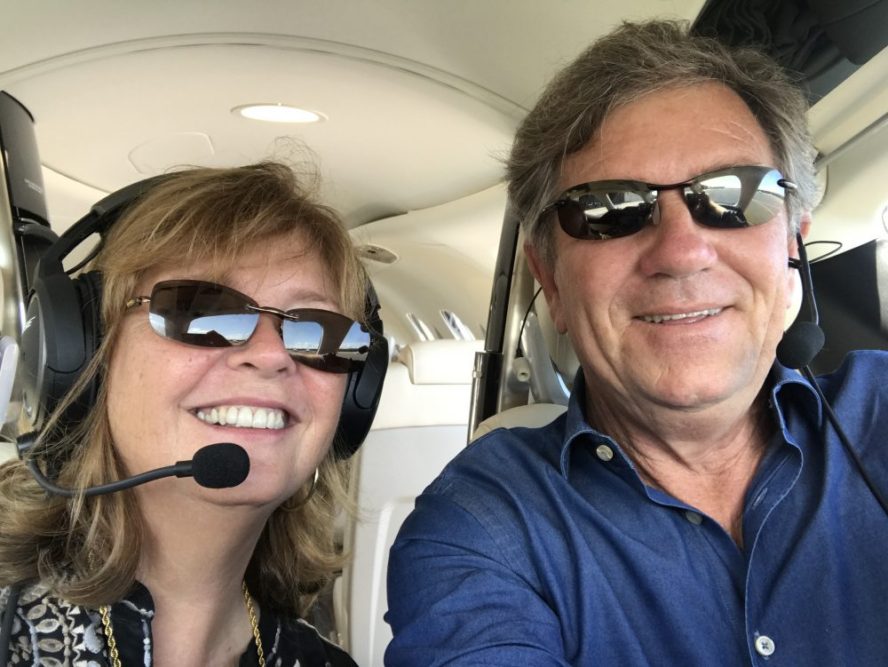 In an email sent on the eve of last Thursday’s commission meeting, hotelier Julian MacQueen reminded the Escambia Board of the County Commissioners his concerns regarding Jay Patel’s proposal to build a new arena and field house and have the county sign a 30-year lease that guarantees to pay any operational losses.

The founder of Innisfree Hotels took time from his record-setting flight around the world to point out that Patel and his Pensacola Area Development Partners have little or no risk on the $65-$100 development.

“In my opinion, (Shortfall Guarantee) becomes the guarantee for debt and equity payments, (after the hotel fixed lease payment) ultimately pushing the underwriting of the full faith and competence of the county,” wrote MacQueen. “Good for equity raising but not the deal we were brought in the beginning.”

However, he does believe a sports facility is the needed to grow sports tourism.

MacQueen wrote, “If the county is going into this arrangement and offer guarantees, I feel the sports facility is the right size and risk for the county to take on while providing the tax base with the biggest bang for the buck in the form of additional bed taxes and increased spending by participants.”

The interesting thing about the email is an attachment – “PADP (Pensacola Area Development Partners) Letter of Intent (LOI) Review and comments, by Julian” dated Aug. 22 – which shows the commissioners have known many of the details of Patel’s plan for over a month. The attachment supports the jab thrown at them yesterday by Andy Marlette, “County mulls arena deal, suckers!”

The News Journal columnist mocked the BCC’s “theatrics” regarding Patel’s presentation– “But none of that thwarted a certain amount of bureaucratic buttock kissing last week as commissioners threw back the stage curtains on the community theatrics of pretending to learn about the expensive arena scheme for the first time.”

The details that MacQueen outlined on Aug. 22 are nearly identical to what Patel presented on Oct. 5.

He said that the deal was a good one for Hunt Development Group, the Texas company putting up the money.

“In its totality, the agreement is one that I would propose, if I were in the position of Hunt. The risk as it is structured in the LOI, is low for Hunt and almost risk free for the PADP,” MacQueen told the commissioners.

“It is clearly designed for cities and public facilities that have a dire need to reestablish their infrastructure and bring life back into a derelict area or simply an area that is looking for the expertise of a collection of companies that have been successful in public private facilities. What was initially attractive to me in this project, was the hope to broaden our market and attract more sports tourism especially for areas other than the beach hotels, knowing as we all know that compression benefits all.”

He pointed out that arenas, convention centers and convention hotels are not money makers and are highly subsidized.

“Since 98% of all Convention Centers are not profitable (see the most recent legacy of the Okaloosa Convention facility), the concept is that the community will benefit in quality of life and a spin off to the tax base will be created in second hand revenue through related businesses, like hotels, retail, and restaurants,” he wrote.

“While I do believe that government has a responsibility to subsidize public/private ventures, we need to be focused on where the biggest benefit is for our size community and its natural attributes.”

MacQueen believed that Patel’s proposal “strayed away” from this original intent of the sports tourism complex proposed by Pensacola Sports.

“This project is simply too big and the likelihood of a city and county of our size supplementing the Shortfall combined with the Lease Payment to the County is too great,” he wrote. “…I feel the likelihood of a successful outcome is small if not impossible under the current LOI and scope.”

MacQueen recommended, “If we were to come back to our original intent and propose a reasonable sized Sports Facility, even with the huge financial commitment in our competitive set from Foley and Panama City to this sports market, I feel we could do something for our county that would make us all proud and not be saddled with version 2.0 of the existing civic center for decades to come.”

3 thoughts on “MacQueen asks ‘not be saddled with version 2.0 of the existing civic center for decades to come’”