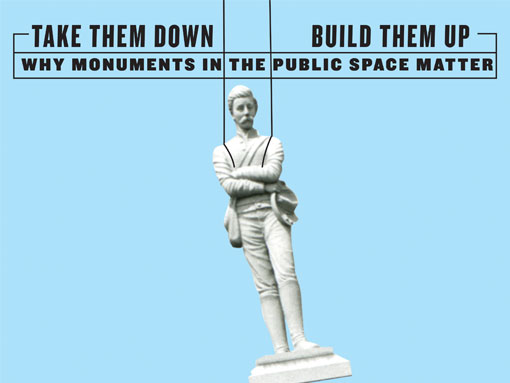 On May 23, Rep. Mike Hill spoke in Pensacola about the recently wrapped legislative session in Tallahassee. While the hard-right Republican state legislator did not see any of the bills he sponsored make it beyond a subcommittee, he was primed to discuss how he’d try to pitch some of his bills again next session, particularly a revamped, Alabama-styled abortion bill.

An account of Hill’s off-the-rails local appearance will run in this week’s issue of Inweekly, but the Northwest Florida representative spoke on a number of topics during his remarks, way too much to unpack in one story. To whet your appetite, enjoy some leftovers that didn’t make it into the article.

Among Hill’s slate of failed legislative proposals this past session, was a bill that would have made it illegal for local governments to remove memorials. The bill, dubbed the Soldiers’ and Heroes’ Monuments and Memorials Protection Act, was floated in the context of communities around the country debating the appropriateness and relevance of Confederate memorials.

During his remarks in Pensacola, Hill contended that the bill applied to monuments memorializing numerous wars and the veterans thereof, not just Confederate soldiers who fought during the Civil War. The bill would have applied to any memorial erected since 1822, the year Florida became a U.S. territory.

Hill recounted how his bill had attracted national media attention — “call me up, come to my office, have the lights on, cameras, everything” — with reporters seemingly dismayed with why an African-American legislator would be proposing such a bill at such a time. He relayed one particular instance on Fox and Friends, affecting the voice of the network’s anchor: ‘Representative Hill, why are you defending Confederate monuments?’ And my answer is very simple, ‘Did you read the bill?’ Nowhere in that four page bill is the word Confederate mentioned. I’m not just protecting Confederate monuments.”

Hill said that he planned on trying to get his monuments bill, which died in the Criminal Justice Subcommittee, passed again during next year’s legislative session.

“I promise you it is coming back,” he said.

Mayall was referring to Inweekly Publisher Rick Outzen’s regular Winners & Losers column, in which the legislator has been featured as a loser.

“I’ll tell you this much, it doesn’t bother me one way or another,” he said. “First of all, I don’t read it. Secondly, when somebody tells me about it, I just shrug, ‘so what?’”