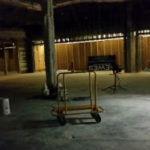 Chick-fil-A and the rest of the OHM Concessions are still another 14 weeks away from being in their new locations at the Pensacola International Airport, according to airport officials. However, they are pushing to get the pre-security area completed sooner.

Dan Flynn, interim Airport Director, told Inweekly that construction began in earnest this week. The demolition of the areas formerly used by Varona’s was not completed until early August. Once the installation drawings were completed, OHM Concessions Group requested bids by August 25.

According to Flynn, no local companies bid on the project, but OHM made using a local contractor a priority. The company sought out Hewes & Co., which was eventually awarded the contract. Pre-construction and mobilization began two weeks ago and construction began this week.

In his July 15 “Upwards,” Mayor Ashton Hayward said, “The demolition and construction process is underway, and our new vendors will be in place before you know it. Both Chik-Fil-A and the pre-security Einstein Bros. are slated to open by September 30, with the post-security food court opening the following month.”

That was the last update from the mayor.

I’m confident the new food vendors will be well received once they open. However, not having full food service for nine months could have a negative impact on the airport’s bottom line. How big an impact? We probably won’t know until after the November general election. 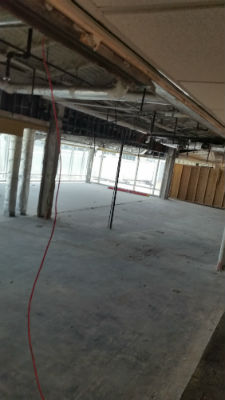