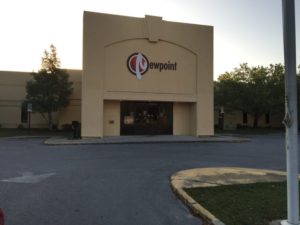 A Newpoint High School parent described the school her child attends as a “School of Dorks.” The parent said, “They are computer geeks. These kids read, they test well–they just don’t fit or do well in a big school environment.”

The School District told Inweekly that it is investigating allegations of grade fixing against the charter high school. The investigation began two weeks ago, according to Deputy Superintendent Norm Ross. The State Attorney’s Office is reviewing information provide by the Escambia County School Board and the Superintendent’s office to determine what action, if any, is warranted. Parents have told us that Department of Children & Families that students have been questions about the alleged inappropriate behavior of some teachers and substitutes.

In a press release, the Newpoint administration has said the allegations of grade tampering are false and are from a “disgruntled former employee.” It said it would cooperate with a district representations, but said that it had not been notified of any official investigation by the district. The administration also said no documentation had been requested regarding grade tampering.

According records provided by the School District this fall, Newpoint High had 110 students enrolled in October 2014.

Last year, the school had 20 seniors.

The Newpoint parent did tell Inweekly that the school, which is supposed to be high-tech and offer a digital learning environment, has been lacking in computers and other equipment. Parents have been asked several times to donate used computers, speakers, headphones and microphones. “The Wifi is down half the time.”

There is little discipline in the school. The parent said, “The kids are running the school, cutting classes, wandering halls, visiting the middle school.”

The parent said the school has so much promise. “I’m convinced it could work, if only they invested more money into it and ran it better.”