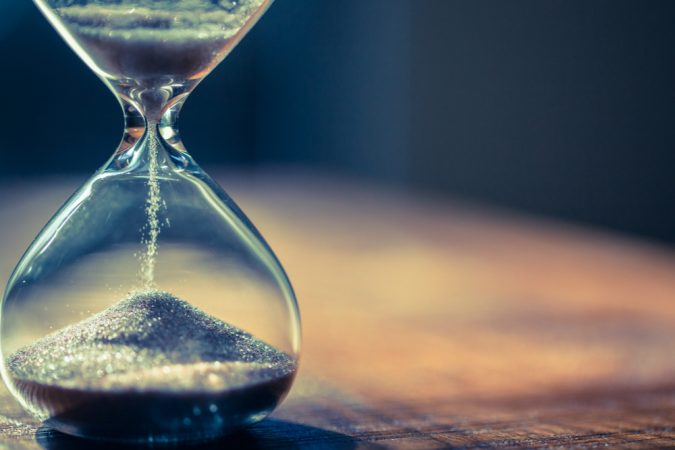 At the Committee of the Whole last Thursday, DPZ CoDesign posed six questions of the Escambia Board of County Commissioners to help it finalize the master plan for Outlying Landing Field 8 (OLF-8). The discussion lasted over two hours. Here is the first question and the commissioners’ answers:

Commissioner Steven Barry favored divesting of the property “relatively soon.” While the board may have control of some requirements to divest the OLF-8 acreage, he said, “I don’t know that we’re going to have ultimate control over build-out. It’s going to be a range.”

Short of getting a worthwhile offer for a large parcel, he said, “What makes sense is to phase out the divesting of the property over a couple of years. That’s okay, as long as we get started divesting it relatively soon, get the people’s money back in the coffers, back to projects, back to our districts.”

He suggested the county look first at selling the frontage on Nine Mile Road. Barry said he was open to some different types of residential but not single-family houses.

“Quite frankly, I think that the county needs to be out of the development business and put it into the hands of those who do that for a living,” said Commissioner Lumon May.  “So, I don’t know what the ideal time is. I’m going to lean to our economic development on FloridaWest, that we fund, to give us recommendations on economic development and how soon can job creation happened, because this was a job creation project initially.”

He added, “And so for me, as soon as possible to create good paying jobs for the citizens and improve the quality of life for the residents of Beulah, that’s important.”

May said his district and all the county deserve a return on their investment in OLF-8. He said, “I want my money back yesterday in terms of what we put into this project. And so how we divest that, I don’t have that answer, and I’m going to listen to the experts, but for me as soon as possible, and if we can turn it around in one year, that would be great.”

He continued. “One of the most important rules in real estate is there’s no deal too good to pass up. We need to make sure that the deals that are brought to us are legitimate, that they’re actually going to pan out.”

Underhill recommended the board focus more on the quality of  “how we get out of it, of how this ends than I would be on the timeline of when this ends.”

He wondered this may not be the best to develop OLF-8 because of  “where the economy is going.” He set a priority on “the infrastructure things that need to be built now, the market, the portions of this that were in the Market Plan, the Village Plan, those things, that’s commerce that if made available, people would start spending those dollars immediately, immediate return in our local option sales tax, and those kinds of things.”

Commissioner Jeff Bergosh said he knew that he would have to comprise on OLF-8 and that it wouldn’t only be a commerce park. He talked about the numerous subdivisions under construction in the Beulah and his belief more residential isn’t need on the OLF-8 site.

“I didn’t support housing and I still don’t, but I understand compromise; I get it,” said Bergosh. “I understand that I don’t get everything I want, and I’m going to have to hold my nose and gag. And I’ll probably have to accept some residential, simply because of the fact that as Commissioner Barry points out aptly, that’s where the money is.”

However, the board didn’t spend $18 million to acquire the site to develop more housing–

“It was always a jobs program for the entire district, for all of our districts.”

Bergosh agreed with Underhill that the board didn’t need to rush the timeline. He also concurred with Barry’s position that the county could recoup some of its investment with the Nine Mile Road frontage. He added, “But I still want to stick with the maximum amount of acreage for job creation.”

Bergosh refused to set a time limit for build out. He said, “if I have to hold my nose and gag, I’ll give a number on residential. I don’t want it on 9 Mile Road, put it up on Frank Reeder, but my district does not want any more housing.”

He continued “There’s a small vocal minority that does, but as we see from these emails, they’re being coached. The majority of District 1 wants no more residential to be built period, and especially not on that field. We spent $18 million to acquire for jobs.”

Update: We found more on this discussion:

Noting that his entire tenure on the board had been invested in OLF-8, Commissioner Barry said, “I do think it’s going to be difficult maybe to come out of today with that type of direction, with some specific numbers or direction. One part of the presentation that I do agree with is the maintaining of flexibility going forward.”

He suggested, “If we could possibly come out of today with some majority board intent to maybe sever out what we see as the potential retail commercial parts, I think that’s something that there’s a decent chance the majority of the board might would agree on that part.”

Barry wanted to identity a range for commercial or retail and leave the board with “a lot of flexibility for the remaining parts.”

Commissioner Robert Bender pointed it will take time to develop OLF-8. He said, “The Beulah interchange is still maybe 10-plus years away. And so to say that … I think again, that low-hanging fruit, the amenities that Beulah needs … I say, “Needs,” but also wants, you know, to get some of that residential to start some of these jobs, I think can be more immediate. But deeper into the property, some of the other uses will take a little bit longer, and it will take some time.”

Commissioner May agreed that OLF-8 is a “20- year, life-changing project.”

Impact Campaigns owner Travis Peterson heads stakeholder engagement for the DPZ OLF-8 team. He clarified, “Because we know from our conversations with FloridaWest, that leaving that commerce land in public ownership creates a better competitive environment for them. That our initial sense on divestment is focused on whatever the private sector divestment might look like. And that, you know, the recommendation for divestment of the commerce park or business areas–however you want to phrase them–should be done with the understanding that that is a long-term play.”