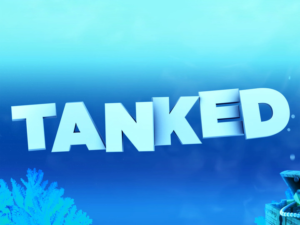 The bickering brothers-in-law are designing a 403-gallon aquarium to be installed in the new Perdido Key Visitors Information Center. The aquarium will feature fish and an ecosystem native to the Gulf of Mexico, and of course it will be filled with all the elements of a buccaneer party, including a pirate’s ship, treasure chest, gold coins, and a few other surprises to pay homage to Perdido Key’s annual Pirate Festival.

The Chamber will be using a BP grant received after the 2010 oil spill in the Gulf of Mexico to include an interactive component for school children and other visitors.

The “Tanked” crew will visit Perdido Key in June to film the installation for an upcoming episode of the Animal Planet series.

King and Raymer travel the world to create fish enthusiasts’ dreams of having their own piece of the ocean. They have installed tanks in everything from cars and phone booths to pinball machines and jukeboxes.

The show is sure to boost Perdido Key’s visibility to potential visitors. “Tanked” airs at 10 p.m. Fridays on Animal Planet, which is available in more than 95 million homes in the United States.

Morrison said Alabama Credit Union already has agreed to pay for educational materials to accompany the exhibit and an anonymous Perdido Key business has offered to take care of the tank’s maintenance. Both sponsors made three-year commitments.