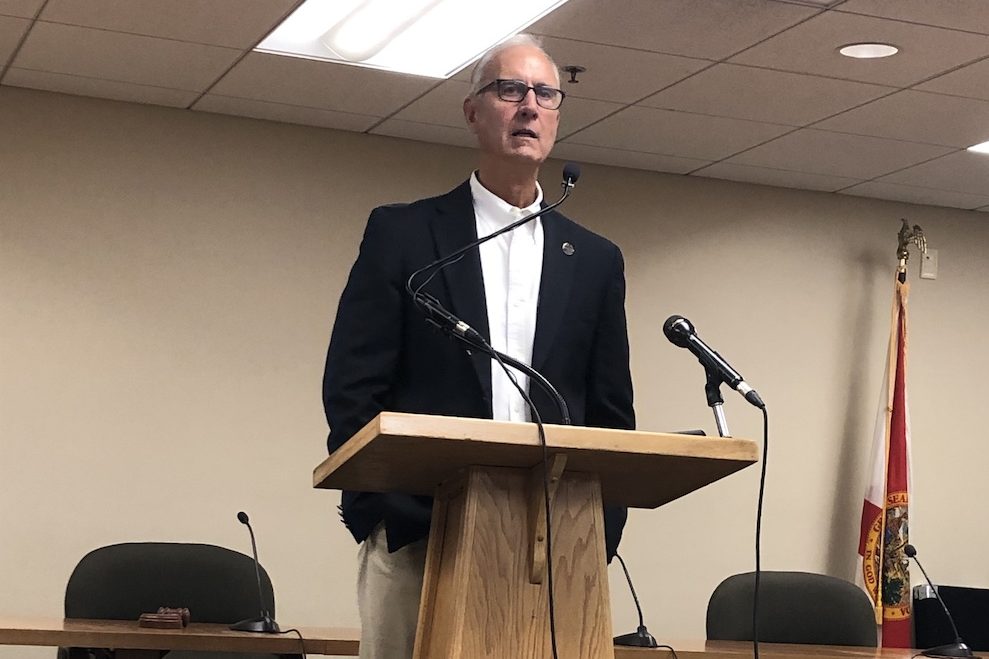 However, the department heads were merely window dressing that offered no help to Holley in answering questions from Inweekly.

Holley said the attorney’s office was now completely staffed. We asked what’s the budget for the “fully-staffed” legal department, he said, “Rick, I don’t have that right off the top of my head.”

Neither Woolf nor Barker offered the information. PIO Kaycee Lagarde sent the data to us two hours later.

Had this information been made available at the press conference, my follow-up questions would have been: what will be the savings to the taxpayers?

The Hayward was spending annually over $1.4 million on outside law firms. How much can the “fully staff” legal department cut into that figure?

Holley said that a new pay plan would be part of the proposed FY 2020 budget: “We’re proposing adjustments to get us to market on our pay, and we’re proposing a performance appraisal process that can lead up to a 2-percent salary adjustment for high performers in our organization.”

He added, “We have existing agreements with our bargaining units, we’ll have to sit down with them and talk more about how we implement the pay plan and the performance appraisal, and they will have the option of moving forward and listening, or taking the benefits that they negotiated already.”

I pointed out that both the fire and police union got significant raises in the last negotiation, and the staff has gotten two raises over the last four years.

I said “I understand that (compensation) was part of the employee engagement survey, but it seems like the city has made movement in that direction over the last four years. Am I right?”

“You know, we have challenges,” said Holley. “We have dispatchers in the Police Department that we can’t recruit and hire, because we’re just not competitive in the market. Our building inspectors, we’re not competitive. We have diesel mechanics, we can’t hire and keep. There are certain segments of our work force that we just lost the market on. No matter what has happened, and Rick, I wasn’t here so I don’t know what’s happened.”

We know that city employees also got raises in FY 2016 – it was brought up in the lawsuits of the former fire chiefs.

Finance Department has seen a significant increases in compensation for its leaders over the last three years:

Some people did better under the Hayward pay plan than others. How will the Robinson administration handle it more fairly?

That would have been my follow-up question if Barker would have spoke up.