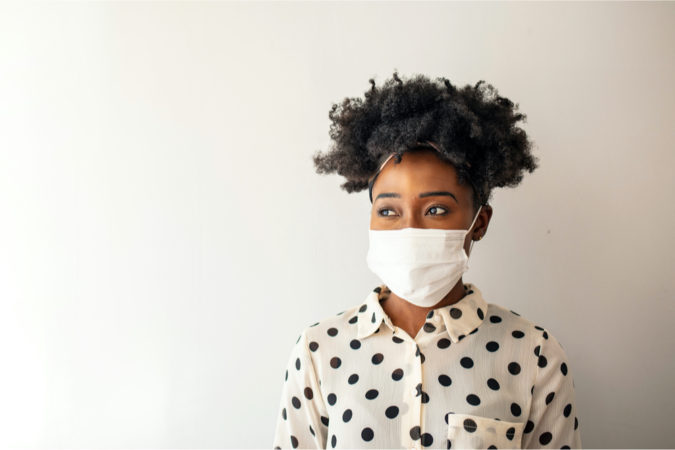 As fall winds toward the colder months of winter, Northwest Florida COVID cases are on the rise. More worrisome, hospitalizations also continue to increase.

“Hospitalizations have gone above a hundred over the weekend,” Pensacola Mayor Grover Robinson acknowledged Monday during his weekly press conference. “It certainly indicates that we need to stay on top of this.”

In the beginning of November, local hospitalizations were just above 50, meaning that number has doubled over the course of the month. Mayor Robinson attempted to frame what he referred to as “a very moderate increase” in optimistic terms, saying that the spike has not been particularly swift or overwhelming to hospitals.

Robinson also nodded toward a sense of “mask fatigue” in the community, and implored people to heed the basic safety measure meant to curb the spread of the coronavirus.

“This is a time we need to be taking it seriously,” he said.

The city of Pensacola currently has a mask mandate in place, requiring the wearing of masks in public businesses. In this sense, the city is an island, as other local governments in Northwest Florida — particularly Escambia and Santa Rosa counties — have declined to institute similar mandates. Additionally, Florida Gov. Ron DeSantis issued an executive order earlier in the fall — a move he recently extended — which effectively defangs any such local orders by removing any enforcement ability from local governments.

While Mayor Robinson maintains that the city can and is enforcing its mask mandate in public businesses — “we still have the ability to enforce in businesses” — he also stressed on Monday that Gov. DeSantis should allow for “more leeway” and let local governments institute measures officials believe are appropriate for the region.

“From March until September he did that,” the mayor said, pointing out that the city’s mask order originally surfaced during that time.

Robinson said that Florida is a ‘home rule’ state, where the state defers to local municipalities when it comes to enacting ordinances, codes and resolutions. He said he thinks this home-rule arrangement should also apply to COVID-related safety measures such as mask mandates.

“It’s one of the great strengths of the state of Florida, the decentralization of it,” the mayor said of the home rule concept.

Robinson said he has been considering pressing this point with the governor. He suggested that perhaps if they city indicated that such measures would be scaled back in tandem with evolving COVID data the governor would be more likely to concede some local control.

“I would love to reach out to the governor and talk to him about things we could do,” the mayor said, adding that he thought other local governments would also be raising this point.

Mayor Robinson said he has yet to contact anyone at the state level, but was considering the move. DeSantis has reportedly ignored similar concerns from areas in South Florida, but Robinson said he was confident he’d be able to get his message to Tallahassee.

“We certainly have a relationship,” the mayor said, noting that he had recently spoke to the governor during the aftermath of Hurricane Sally. “We can certainly find a way to communicate with his office.”

Last week, City Administrator Keith Wilkins said that if local hospitalizations hit 150 that city officials would consider requesting that the state allow the city to institute local measures to curb the uptick.

2 thoughts on “Presser Notes: A Plea for Local COVID Controls”