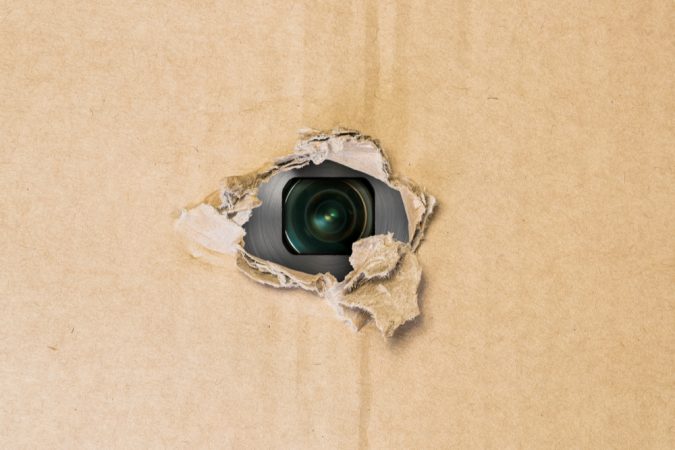 After Inweekly broke the news yesterday that a hidden recording device had been found in the county administrator’s office, the other media followed with Administrator Janice Gilley.

Gilley told the News Journal that she became concerned when details of private conversations became “mainstream” in the public.

WEAR TV reported Gilley told them the search came about after information from a private conversation wound up out on the street.

The administrator didn’t disclose what information or conversation got out into the “mainstream” or define what she meant in by “mainstream.”

According to what she said this morning on Commissioner Jeff Bergosh’s “Coffee with the Commissioner,” streamed on Facebook, the information was not personal but conversations that she hinted could have been about personnel issues. However, if it was county business, she should tell the commissioners and public what was being discussed in the public sector and where was it being disclosed –Facebook, emails or in the media.

Did she disclose the information to FDLE so law enforcement could look into the people Gilley thought was leaking the county conversations being held behind closed doors?

During the Facebook session, Gilley repeated what she told the PNJ – she didn’t know FDLE had closed the investigation on Sept. 30. She told Commissioner Bergosh that she allowed FDLE to do its investigation and didn’t check back with them. She said that she was wrapped up with the recovery from Hurricane Sally.

The excuse is believable, except for the security breach happened on the most secure floor in the Ernie Lee Magaha Government Building – visitors are screened by a metal detector; bags are search; a second gatekeeper is on the fourth floor that must buzz someone back to the offices; and the floors have cameras to record movement 24/7. She should have been on high alert.

As Commissioner Bergosh said this morning, the eavesdropping device must have been “an inside job.” And apparently the culprit is still working for the county, if Bergosh’s assumption is correct.

Even if Gilley was swamped, she should have assigned the county attorney, assistant administrators. deputy administrators or her admin staff to follow-up with FDLE at least once a month. Two months passed after FDLE closed the case without anyone at the county checking on the investigation.

Meanwhile, Bergosh was complaining that he wanted new locks on his office doors for eight weeks—an indication that fourth security should have been on Gilley’s radar.

Another interesting disclosure is that video and audio devices were found, according to Bergosh. Gilley would not say exactly where, only that they weren’t found in a bathroom.

Disclaimer: No hidden devices inside county buildings were used in this report.

2 thoughts on “More on BCC bug”