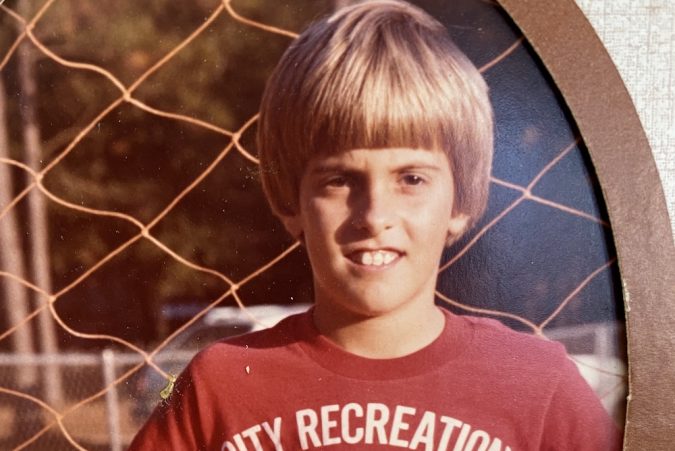 Before digging into questions from the press Monday, Pensacola Mayor Grover Robinson shared an old photo he ran across while cleaning out a family member’s house recently. The photograph was of the mayor and the rest of his shaggy-haired, 70s-era youth soccer team.

Mayor Robinson has referenced his local soccer roots in the past in the context of the city’s in-progress project to develop a three-field soccer complex at Hitzman Park off Langley Avenue, but this week’s press conference provided the first photographic evidence.

“I did, in fact, play soccer when it was a ‘communist sport’ here at Hitzman,” the mayor said, holding up his old team photo.

Taking a While on the Pylons

After meeting with officials from the Florida Department of Transportation, Mayor Robinson had a bit of news concerning the Pensacola Bay Bridge to report this week.

Repairs to the bay bridge—knocked offline by runaway barges during Hurricane Sally —are going slower than expected, primarily due to delays driving the pylons into place.

“They think there’s enough time to catch up,” Robinson said, explaining that FDOT reported that additional equipment had been brought in and that it still expected the bridge to be repaired by the March deadline.

While the bridge may be complete, the mayor continued, it’s doubtful that the connected work along 17th Avenue, including a roundabout, would not be finished by March.

“We don’t even have a deadline at this point,” Robinson said, adding that the 17th Avenue delays would have become an issue regardless of Hurricane Sally. “At least in some ways, the delay has been taken up while the bridge was down.”

“We are seeing some trends come down,” Mayor Robinson said.

But the mayor tempered any perceived optimism with other metrics, including a test positivity rate that’s hovering between 10 and 18 percent. He also implored people, once again, to practice basic safety measures, like social distancing, and stressed that the city had extended its mask order.

“We ask for your patience and compliance,” Robinson said.

Asked when the city might leave its current moratorium on permitting events, Mayor Robinson hitched any municipal action to hospitalization numbers.

“We’ll be looking at where our numbers are and what’s the trend going forward,” he said. “Unless something really drastic happens and we start to get down to 100 hospitalizations rather than 225, it’s going to be a challenge.”

Robinson said that local healthcare officials were pointing to March as a time when vaccines might begin having some positive impact community-wide, but also noted that “March could be very similar to September,” referencing a period during which the city recalibrated its response base on less-sunny-than-hoped-for COVID data.

“If everybody got serious about masks and did all the things we need to do, we actually could open some things up,” Robinson said.

Searching for the Search Party

Last week, the city hosted a pair of public input sessions as part of its current search for a new police chief. The public, however, was a no-show.

“It’s challenging with COVID,” Mayor Robinson said, noting that the sessions were at the mercy of pandemic conditions, which presented a participation hurdle.

Nonetheless, the mayor said, the city was making efforts to involve the public in its search efforts.

“At the end of the day, we’ve tried to keep it very open; we’ve tried to allow people to communicate,” Robinson said, also saying that he would speak with the consultant leading the search effort regarding trying again to get public input.

The public will have another opportunity to offer thoughts regarding the city’s hiring of a new police chief during a pair of town halls scheduled for February for the city’s Community Police Advisory Committee. Though the CPAC town halls will encompass a range of material, the chief search is expected to be a high-interest item for attendees.

While the city is conducting a national search for a chief, the Pensacola Police Department union is pushing Mayor Robinson to select the current interim chief for the job. On Monday, the mayor said that he’s hoping the public engages during the CPAC town halls, as he wants to incorporate that input into his selection.

“I think we went through this process because we want to hear from people, and I hope they will take advantage,” he said.