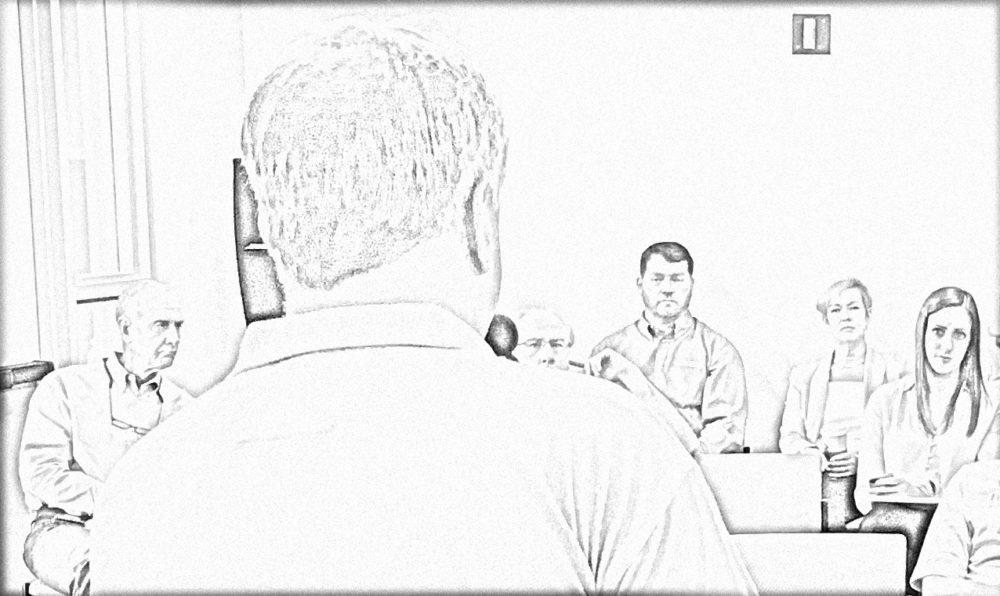 Robinson’s administration released the proposed $245 million budget last week. The Pensacola City Council will dig into it during workshops later this month.

“Some of the highlights include no millage rate increase and a fund balance reserve of above 20 percent,” the mayor said, adding that the budget included about $104 million in Local Option Sales Tax funds to go towards new vehicles for the police and fire departments, as well as upgrades at parks and community centers.

“There’s also a pay plan to address pay inequities,” Robinson said, alluding to feedback received during a recent employee survey. “Clearly that was one of the things that came through very loud and clear, that we haven’t been investing in our people, so we are looking to a make a fairly sizable investment in our people.”

The mayor explained that some of an employee’s potential pay increase rides on performance-based measures.

“These are certainly things that have been happening in the private sector for a long time,” Robinson said.

City Administrator Chris Holley later explained that the city had engaged Evergreen Solutions to evaluate the city’s pay rates in comparison to similar markets. The findings in essence verified the concerns the city administration was hearing from employees: Pensacola’s pay was a bit low.

“We were, overall, about 4 percent out of market,” Holley said, adding that some positions were actually lower than that, while some others were higher than the going rate.

So, on average, the mayor’s proposed budget contains a 4 percent pay increase for employees, and employees can also earn another 2 percent via performance-based increases. Robinson said he views the latter as important in connecting the employees to the city’s overall mission.

“It kind of gives them a roadmap to say ‘this is what we need to do and if we do this, we provide good service, you know, the organization recognizes that,’” Robinson said.

The Mission (If You Choose to Accept It)

Pensacola recently conducted a workshop aimed at creating a mission statement and collection of values. The Pensacola City Council is now being asked to sign off on the work to come out of that workshop and will discuss the issue this week during its meetings.

Mayor Robinson said that input from council members, as well as members of the public, received during the workshop had been incorporated into the mission/values statement, as had subsequent staff input.

City Administrator Holley described this week’s discussions as the beginning of a conversation, after which staff will “fill in the meaty part of the plan.”

“This is just the beginning steps in strategic planning,” Holley said. “There’s more work to be done.”

Robinson agreed it was still “a work in progress.”

Can a Ranch House Be Historic?

Also before city council this week is an amendment to the Land Development Code, which would result in structures at least 50-years-old needing to undergo an evaluation prior to demolition in order to ensure they are not historically significant.

“It gives some kind of time for us to look at it and evaluate what’s there and whether this is a structure that is worth saving,” Robinson explained the purpose of the amendment.

The mayor said he foresaw “a few challenges” in passing the amendment. Particularly, he said, the 50-year-old threshold may give a few council members pause.

“They’re a little bit concerned about that number, so I think there will be some debate about how it’s applied,” he said.

Robinson said that areas such as downtown, East Hill and North Hill were perhaps more appropriate for such attention, as opposed to the relatively-more-recently developed areas to the east and north, like Cordova Park or Scenic Heights, full of properties aging ever-nearer the half-century mark.

“There are certainly, I think, on the southern end of our community there is a wealth of history and stuff that’s worth keeping as we move forward,” the mayor said. “As we jump across Bayou Texar, and we go north we’re actually approaching 50 years of development in some of those areas and I think there will be some question as to,

If council approves the amendment, properties 50-years-old or more may still be demolished, but they would have to first undergo a city assessment of their historic significance.

Mayor Robinson clarified that the state’s recent decision to pull funds from a road-diet related project slated for Cervantes Street has not impacted a separate already-funded project for the street that is geared toward creating a safer environment for pedestrians.

“The money that was cut is not going to touch the improvements,” Robinson said.

The mayor urged people to attend a pair of local meetings hosted by the Florida Department of Transportation and offer input in what they would like to see — crosswalks, medians, etc. — incorporated into the project. The first meeting will be this week at the Brownsville Community Center, with another scheduled for August at the Fricker Community Center.

Save for a sit-down when he first came into office, Mayor Robinson has not met with Florida Gov. Ron DeSantis. He said Monday that he’d like that to change soon.

“We’re trying to develop that relationship and, like everything else, it takes time,” the mayor said.

Noting that the governor tends to be more busy while the state’s legislature is in session, Robinson said that perhaps DeSantis could make it to the area during the break: “It’s always hectic at session, but now is the time when you can make hay when they’re not in session …”