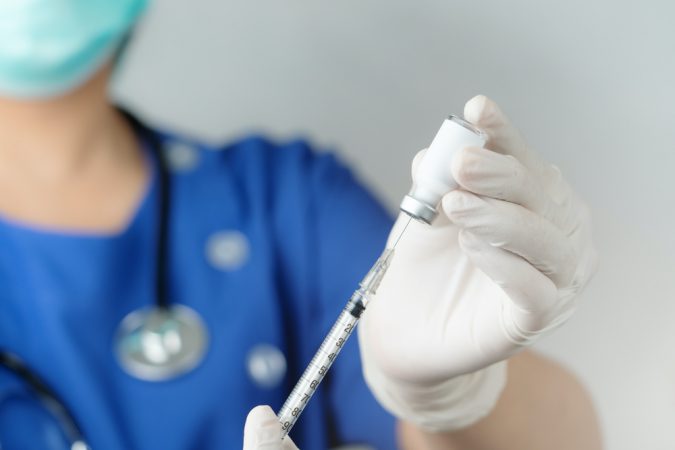 “Obviously the events of last week were disturbing in so many different ways, but, again, I maintain on the focus of something positive that we have,” Robinson said, explaining that he was “incredibly impressed” by the fact that following the short-lived occupation, legislators returned and finished their business.

“It really shows the strength of the democratic republic we have in this country,” the mayor said.

With the number of COVID cases in the area climbing ever higher, Mayor Robinson ran down a list of changes the city is putting into place: Pensacola City Hall has been closed to the public, with city business being conducted virtually or over the phone; public meetings have been shifted to a virtual environment; event permits on city property have been suspended until Feb. 28 and events already permitted will be held to more stringent safety protocols, such as capacity caps.
“This is very similar to where we were last summer,” Mayor Robinson said, referring to safety measures put into place during a period this past summer when local COVID numbers were spiking.

While the coronavirus faded some following its summer spike, with hospitalizations and positivity rates dropping, it has come back with a vengeance since Thanksgiving. The holiday season saw a further uptick, and it hasn’t let off since, with the current test positivity rate around 16 percent.

Mayor Robinson laid out the hospitalization numbers in recent days, all of them north of 250, with current count at 270 patients: “All of these since the beginning of the year have been over our record from last year.”

Once again, Robinson stressed the importance of basic safety measures, such as wearing a mask, and acknowledged the city’s lack of authority to enforce its mask mandate. The mayor also said that local hospital officials advised that it could take a while until positive impacts of a vaccine would be evident.

“The hospitals have told us very clearly that they don’t expect to see the vaccines make any serious chance in number until we get to March,” he said.

During a budget workshop with the Pensacola City Council this week, Mayor Robinson said he would propose a variety of uses for the city’s $500,000 budget carryover that the council has currently frozen.

For starters, he wants the council to put $200,000 toward the issue of homelessness. City officials and their county counterparts have been discussing the issue for years, with questions about funding and organizational coordination hanging up the process.

“Now is the chance to put our money where our commitments are,” Mayor Robinson said.

Specifically, the mayor wants the $200,000 put toward developing a day center, where homeless individuals could access a collection of services. Public restroom facilities downtown would also be a priority.

Robinson also hopes Escambia County would bring some money to the table and partner on the effort. He mentioned how Commission Chairman Robert Bender and County Administrator Janice Gilley would be visiting Tallahassee soon to be educated on that city’s homeless efforts, just as Robinson and City Administrator Keith Wilkins recently did.

“If the county does not step forward,” Robinson said, “we’ll develop a plan as we move forward.”

In addition to dedicating funds to address the needs of the homeless community, Robinson said that he’s also proposing a couple of other expenditures, including $150,000 to relocate the various components of the now-removed Confederate monument that use to overlook downtown.

The city is currently in the process of developing a complex of soccer fields at Hitzman Park off of Langley Avenue. The project has been somewhat controversial, with nearby residents concerned about the complex’s impact on the Scenic Heights neighborhood.

A chief concern voiced by residents regards the amount of open space accessible at the park. On Monday, Mayor Robinson spoke to concerns specifically about the development’s fenced area.

“The third field is wide open,” Robinson said, pointing to plans for the project that indicated there would not be a fence surrounding the third field. “It is intended to be wide open.”

The mayor acknowledged that he expected to hear concerns voiced about this aspect of the project, specifically from newly elected District 1 Pensacola City Councilwoman Jennifer Brahier, who has been an active participant in the soccer-complex discussion, but stressed that the complex’s third field should be considered publicly accessible. The field will have a fence lining its north and south ends as a safety measure protecting people against shanked shots on goal.

“It’ll be hopefully this spring that we should be putting sod out there and getting ready to play,” Robinson ballparked a wrap date for the soccer complex project.