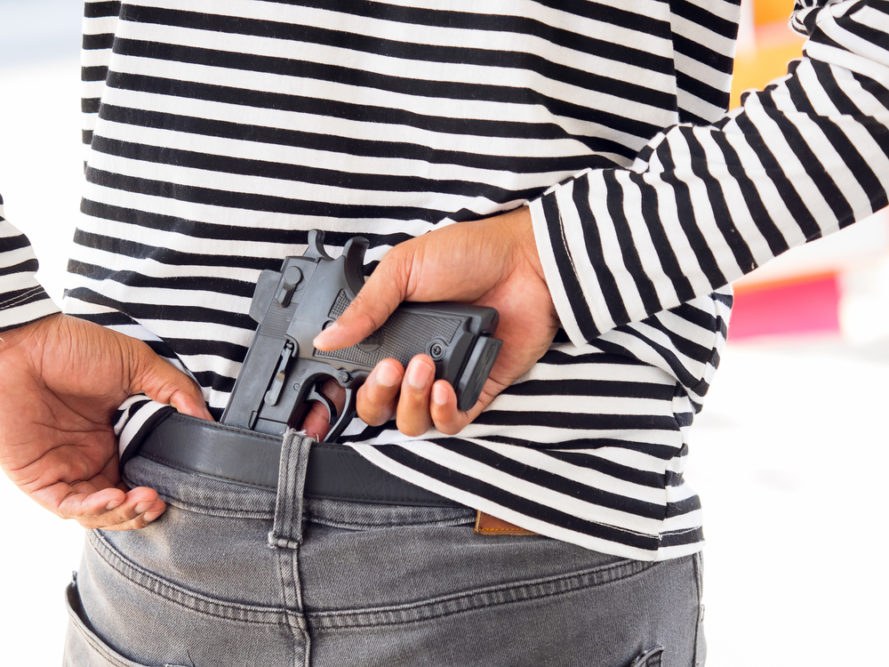 The day before Nikolas Cruz killed 17 high school students and adults in Parkland, Fla, the Escambia County Sheriff’s Office arrested a Ransom Middle School student for allegedly bringing a loaded Sterling 25 automatic pistol to school. Ashton B. Ferguson-Resmondo, age 13, faces charges of possession of a concealed weapon, brandishing a firearm on school grounds and possession of a controlled substance without a prescription, which are third degree felonies

Based on an anonymous tip, the school resource officer on Tuesday intercepted the student on the bus ramp as he was leaving on a bus. Ferguson-Resmondo was escorted off the bus. He had the pistol in the waistband of his pants. A search of his backpack found three prescription pills and a razor knife.

According to the arrest report, Ferguson-Resmondo on Monday had turned over two pocketknives and two 25 auto-rounds of ammunition to a teacher under the district’s Safe Harbor policy.

The Safe Harbor policy states in the Student Handbook: “If a student who is in possession of an item of contraband (such as a pocket knife, drugs, etc.) voluntarily surrenders the item as soon as he/she realizes that it is in his/her possession to a responsible staff member, then the student may be eligible for mitigation, in whole or part, of the penalty for possessing the item as appropriate under the circumstances. To qualify for this provision, such surrender must occur prior to the beginning of any investigation or search that might uncover the item.”