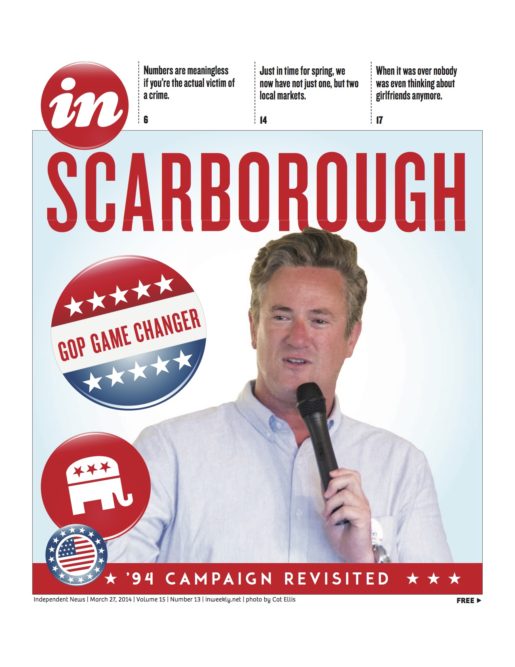 In the 1990’s, the City of Pensacola wanted to increase taxes. Joe Scarborough, only three years out of law school, helped collect 3,000 signatures to protest the property tax increase. Reluctantly the Pensacola city government relented to the pressure.

“The tax revolt gave me the platform I needed to run,” Scarborough told Inweekly two years ago. “It was the year after Bill Clinton had raised taxes, Florida had taxes raised on the state level and then the city wanted to raise taxes, too.”

Since Ashton Hayward was elected to a second term as mayor of Pensacola, his budget has ballooned. His staff’s salaries have increased without any objective job evaluation system in place. Unqualified employees are paid the annual salaries of much more experienced peers. His newly approved fire chief allowed overtime 30 percent more the FY 2016 budget. Hayward’s overall budget has increased over 12 percent in three years.

Piling on to the runaway spending, the Pensacola City Council last week gave itself a 53 percent raise, after cutting its regular meeting schedule in half a year ago.

The wanton growth in government spending appears to be at odds with the conservative nature of the community.

Will a new Joe Scarborough rise up to lead a new revolt against Pensacola City Hall?