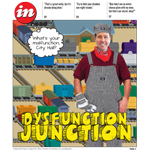 What’s next for the Community Maritime Park? Several questions need to be answered before the city puts the parcels back on the market.

1. Who markets the remaining eight parcels at the park? The CMPA Board says that CBRE is no longer the real estate agent for them. COO Tamara Fountain has told the media that Mayor Ashton Hayward extended the CBRE contract for all city properties, except the CMPA. CBRE says it still is the agent for the maritime park. Who’s correct?

2. When will a new Request for Proposal be issued? What will it say? What will be the timetable?

3. Can Mayor Hayward and the Pensacola City Council agree on the lease negotiation and approval process for the Maritime Park? The steps and benchmarks need to be transparent and clearly defined.

4. What will be the template for all future leases? Council President Andy Terhaar said that the 22 changes that the mayor’s office wanted made to the Studer leases were done to create a new template for future park deals. That template needs to be discussed and approved by the CMPA board and Pensacola City Council before the RFP is sent out.

5. What is the status of the Miami developer? CBRE was supposed to deliver a new proposal by July 9.

6. The Studers’ leases would have brought revenue to the CMPA immediately, eliminating the city having to subsidize park operations. Why is the mayor’s plan now for covering budget shortfalls at the park?