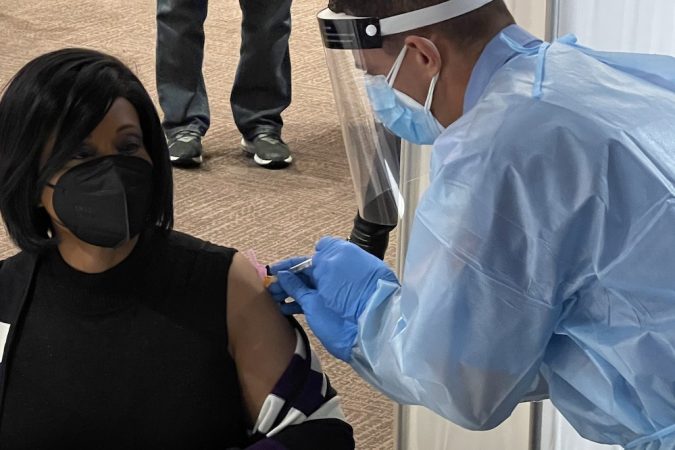 TALLAHASSEE — A shipment to Florida of more than 200,000 doses of Moderna vaccine has been delayed due to a storm that has battered parts of the country, and the state’s top emergency management official doesn’t know when the coveted COVID-19 vaccine is expected to arrive.

“This delay could go on for several more days, we don’t have an answer on when it’s going to arrive,” Division of Emergency Management Director Jarod Moskowitz told The News Service of Florida on Tuesday afternoon.

In all, 208,000 first and second doses of Moderna vaccine have been delayed.

A Pfizer vaccine delivery has not been affected by the arctic blast that has caused widespread power outages in states such as Texas. Moskowitz said 132,000 first doses of the Pfizer vaccine will be delivered this week as planned.

Gov. Ron DeSantis has partnered with Publix supermarkets across the state to help vaccinate residents. Publix uses an online tool to book appointments for vaccinations.

“We know how important administering this vaccine is, so we deeply regret the need to cancel Wednesday’s scheduling event. Once additional vaccine is received, we will announce the next opportunity for vaccine appointment scheduling,” Publix Director of Communications Maria Brous said in a prepared statement. The supermarket said already-scheduled appointments for Wednesday and Thursday will continue as planned but made no commitment beyond that.

Moskowitz acknowledged that some other already-scheduled vaccination appointments would be canceled as a result of the shipment delay. He said the state is reviewing the vaccine supplies of all hospitals, pharmacies and state sites that have been receiving the Moderna vaccine to determine the amount of available doses and when the facilities will run out.

“Any state site or pharmacy or hospital that uses Moderna is potentially affected by this,” Moskowitz said, adding “there are going to be appointments that are going to be rescheduled.”

People whose appointments are canceled because of the delivery delay will be given priority when the vaccine doses arrive, Moskowitz said.

“I don’t want someone to feel they are going to lose their place in line and get rescheduled to the back of the line,” he said. “That’s not what our plan is. Our plan is as soon as the shipments arrive, we will go to the people who have appointments first.”

More than 2.43 million people in Florida have received COVID-19 vaccinations, according to the latest state numbers. DeSantis has made a top priority of vaccinating people over age 65, health care workers and patients that hospitals deem high risk.

Miami-Dade, Palm Beach and Broward counties lead the state in the number of people vaccinated, with each topping 200,000.

While Moskowitz said he wasn’t clear when the Moderna doses would arrive, a top health care regulator earlier Tuesday told hospitals to expect the vaccine to be delivered on Thursday.

But Moskowitz said a vaccine tracking system “does not show that.”

“So we’ve been told the hospitals will receive it on Thursday, but I want to see the updated tracking  information to see the packages moving,” Moskowitz said.