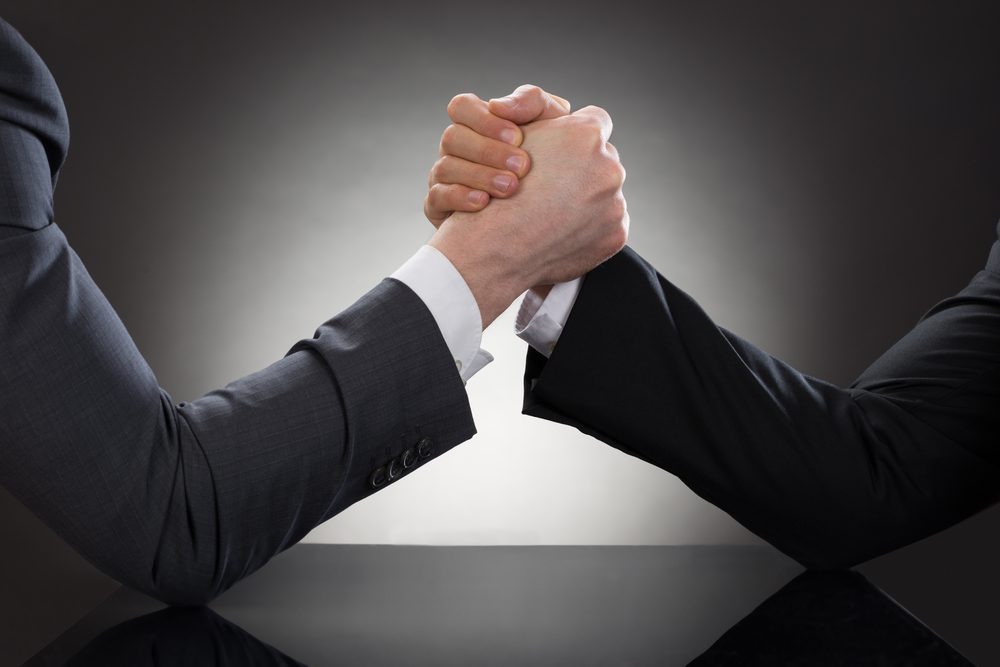 Michael A. Lowery, the president and business agent for the Amalgamated Transit Union Local 1395, AFL-CIO, says the union had reached a labor agreement at the end of April.

However, Special Assistant County Attorney Kristin Hual has notified Lowery that the Board of County Commissioners have directed Escambia County’s negotiating team to inquire again as to whether the Union will resume negotiations and allow the County to respond to the Union’s proposals regarding the remaining unresolved contract provisions.

Lowery laid out the timetable for the negotiations in an email dated June 9. According to the union local president:

December 2018: Three sessions were held between Interim County Administrator Amy Lovoy, the county’s chief negotiator, and Lowery, union chief negotiator. They verbally agreed to as many as “seven to 10 open articles verbally through our notes and at the end of the third session we memorialized those agreed articles by signing off with TA initials.”

March 8, 2019: The parties met at ECAT conference room. Hual and Lovoy attended.  Agreement was reached on two more articles. “Both parties noted within our notes that we reached a TA.  We memorialized those two articles later within that session…”

On April 25, 2009: The final open articles of concern were agreed to by both parties after verbal discussions.  “In fact, Chief Negotiator for the County – Interim County Administrator Amy Lovoy and myself verbally reviewed our notes after the lengthy discussions to ensure that language changes negotiated matched each other’s notes and that was clearly confirmed after we verbally discussed each reached TA on all open articles.”

On May 3, 2009: Parties were scheduled to review the final typed version of the labor agreement to be submitted for ratification. Hual announced that she was now the county’s chief negotiated and wanted to discuss items the county considered still open. The union refused, saying it had a handshake agreement with Lovoy, the former chief negotiator.

On May 5, 2009: The Union presented all TA’d articles to its membership, recommended the agreement and it passed by 98% vote of approval.

Lowery has asserted that the County would be in violation of Section 447.309 if it fails to submit the agreement for ratification by the Commission. In that scenario, Local 1395 would be forced to pursue the matter further by filing a charge of an unfair labor practice with the PERC.

On June 6, 2019, the Board of County Commissioners conducted an Executive Session to discuss the status of the ongoing labor negotiations with the ATU 1395, and the Board directed the County’s negotiating team to inquire again as to whether the Union will resume negotiations and allow the County to respond to the Union’s proposals regarding the remaining unresolved contract provisions.

Please advise on or before Friday, June 14, 2019, as to whether the Union will resume negotiations.

The Union is in receipt of your email dated June 7, 2019.  The Union refers your negotiating team and the Board of County Commissioners to the Union response sent on May 15, 2019 as our response to your most recent email.

On April 25, 2019 the Union and County met as scheduled on the County website for negotiations.  Please note you were not present for those negotiations.  As stated by you on May 3, 2019 you had a scheduling conflict and could not attend this session.  I believe you stated you had to interview candidates for Judge.

Also, please note that you did not attend any of the scheduled negotiation sessions during the month of December (3 sessions) as well when Ms. Lovoy as the County Chief Negotiator and myself as Union Chief Negotiator verbally agreed to as many as 7 to 10 open articles and/or sections (estimated) verbally through our notes and at the end of the third session we memorialized those agreed articles by signing off with TA initials.

Please note that none of those agreed upon articles were subject to or scheduled to before an executive session of the Commissioners.  Note: One of those articles signed off on was Group Health Insurance which you currently claim is open.

On March 8, 2019 the parties met for the first time in 2019.  We met at Escambia County Area Transit Authority conference room which you attended with your team to include Ms. Lovoy.  There were (estimated) about 6 to 7 open articles/sections open.  We reached an agreement on two articles which the Union offered language and a typed proposal.  Both parties noted within our notes that we reached a TA.  We memorialized those two articles later within that session since those two articles were already typed up.

We then talked through the remaining open articles / sections.  Through discussions it appeared we had a possible direction to finalizing the open articles/sections.  The session ended with Ms. Lovoy stating she needed to discuss with Commissioners the direction the parties had appeared to be in a direction of reaching TA’s on those remaining articles.  Ms. Lovoy noted that due to Commissioners traveling and lobbying in Tallahassee at the Florida State Legislative Session she’d need some time to discuss with them individually or in Executive Session.

After one month had gone by, I began to reach out to Ms. Lovoy about the scheduling of our next labor session.  During a meeting in her office on a separate issue almost a month and half after the March 8th session, I asked again about the scheduling of the next labor negotiation session. Ms. Lovoy pulled out her calendar and said she was good for April 25th and we then agreed to May 3rd as an alternate date if needed.  We agreed to confirm with each other’s team.  A day or two later she directed me to the County website to confirm it was scheduled.  I reviewed the County website and confirmed that April 25th and May 3rd were scheduled with labor negotiations with ATU.

The outcome of that labor negotiations session on April 25, 2019 was the final open articles of concern were agreed to by both parties after verbal discussions.  In fact, Chief Negotiator for the County – Interim County Administrator Amy Lovoy and myself verbally reviewed our notes after the lengthy discussions to ensure that language changes negotiated matched each other’s notes and that was clearly confirmed after we verbally discussed each reached TA on all open articles.

We then agreed to meet on May 3rd to only review the final typed version of the tentative final draft of the labor agreement to be submitted for ratification.  Ms. Lovoy asked if the Union would agree to any grammatical and/or sentence structure mistakes made during the year and half of negotiations that may have occurred.  She confirmed that no intent would be changed.  I told her as long as intent wasn’t changed the Union may consider but if we didn’t agree the language reached at the table would be used.  She agreed to my response.

Ms. Lovoy and I agreed that I would type up the final agreed upon changes (as I did and copied all parties from both teams) and I’d email those changes as clearly confirmed verbally earlier within the session when we compared notes.  Then we’d agree to memorialized the agreed upon articles by signing off on May 3rd prior to final review of  the typed version of the final tentative labor agreement.  We then shook hands in a congratulatory manner for finalizing and reaching a complete final tentative agreement.  Mr. Crittenden even stated he may now be able to take off and retire early.  Ms. Lovoy responded she was glad this was done and it had been a goal of hers to complete the contract prior to resigning from the County.  She told me it was a pleasure working with me especially since December.

Ms. Lovoy or not any member of the County Negotiating team did not offer that the agreement must be presented to Commissioners first in an Executive Session and/or reviewed by the County Attorney at the April 25th meeting.

On May 3, 2019 the Union team showed up to follow through with the agreed upon meeting to review the final typed version of the tentative labor agreement.  Ms. Hual you attended this meeting and declared yourself the Chief Negotiator on behalf of the County.

I then asked some individuals from the County negotiating team who were present on April 25th the question – Did the parties reach a final tentative labor agreement on the contract and all outstanding open items were reached on April 25th?  Lorriane Hudson and Mike Crittenden both said “Yes”.  I then asked Ms. Tonya Ellis and she said “Yes”.  Then she looked at you and then proceeded to say – “but circumstances change.”

Please Note:  Ms. Ellis had not attended any other labor negotiating session other than April 25th.  Ms. Hual, you than attempted to ask me to discuss what you believed were open articles.  I along with my Union negotiating team refused and stated we had a finalized agreement which we would follow through with a ratification vote on May 5th as agreed upon on April 25th. I then stated the Union would also take a vote of no confidence on Ms. Ellis due to her inability to stand by the truth and weakness to not lead on behalf of the workers.  Lastly, I said the Union would go to the media.  We then ended the meeting and left.

On May 5th the Union presented all TA’d articles to our membership, recommended the agreement and it passed by 98% vote of approval.