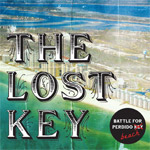 On April 10, Valentino filed the complaint alleging the defendants had defamed him in the article “Finding The Lost Key,” which was published on Apr. 11, 2013. Inweekly’s attorneys, Scott Remington and James Green, Jr. of Clark, Partington, Hart, Larry, Bond & Stackhouse, argued that the article was a balanced presentation of the commissioner’s positions on various issues before the Board of County Commissioners at the time as well as the positions of some of his constituents, which included Underhill.

The defendants moved to have the complaint dismissed. Circuit Judge Ross Goodman heard arguments in his chambers on Oct. 28 and ruled in favor of Inweekly and the other defendants.

In his order granting the motion to dismiss with prejudice, Judge Goodman wrote, “The purpose of the First Amendment to the United States Constitution, in terms of the speech clause, is to nurture robust debate on politics and issues of importance to the country and to protect the people’s rights because the opposite of that, something that would restrict the freedom of speech, would have a limiting effect on the full and unfettered expression of opinion in the marketplace of ideas.”

He added, “Given the choice between full and fair expression versus the Courts being the final word on what is true and what is not and what is sayable and what is not, and that chilling effect that would have free speech, the forefathers chose freedom of speech, and the Courts have consistently proceeded accordingly.”

Judge Goodman wrote that he had read the article several times, looking for defamatory statements. He found none. He also did not find the article had an overall tenor that could be viewed as defamatory.

“The Court notes that the article contains Plaintiff’s (Valentino’s) positions on all of the issues discussed in the article and ends by giving the Plaintiff the last word,” wrote the judge. “None of the specific statements identified by Plaintiff at the hearing as defamatory are actionable.”

Judge Goodman conceded that Valentino may not have found all the article flattering, but he did not see it as an attack on the county commissioner.

He wrote, “It is typical of articles published by the media about public discourse on public issues regarding a public official and his constituents.”

Judge Goodman found nothing inconsistent with the “free expression to enable robust exchange of ideas” that is protected by the First Amendment.

He also found, “No set of facts could be alleged that would give rise to a claim of defamation based on any statements in the article or the article taken as a whole.”

Read Valentino MOTION TO DISMISS WITH, which was filed with the Clerk of Courts on Nov. 18.