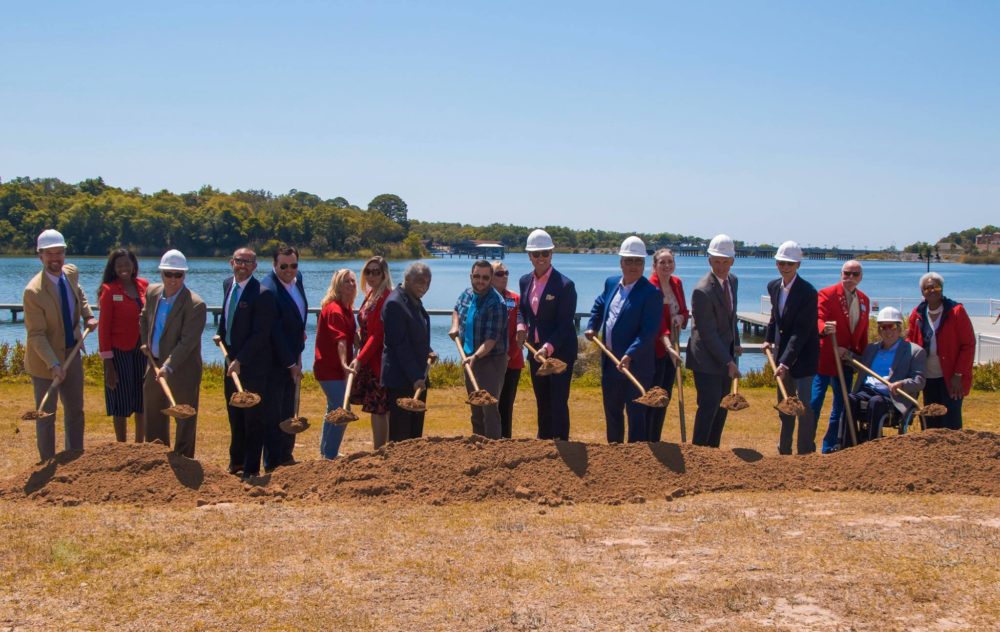 When City CFO Dick Barker addresses the Pensacola City Council, he frequently talks about his 35+ years with the city’s finance department as he makes his points.

However, he has not been provided the Pensacola City Council with the necessary information to make knowledgeable decisions about the Bayview Community Center. Barker hasn’t quite lied but he has withheld information from them and the public.

In January 2017, the Pensacola City Council passed a design contract for the community center with a budget of $6.05 million. Barker didn’t speak up and tell the council that the project budget needed to be increased to $8.25 million. He waited 11 days later to tell the council at a workshop to say:”…the current estimate is the $8,250,000, and that’s based … Council’s aware we’ve hired an architect, council’s approved that. And in conversations with the community, and improvements and other amenities that they want there, so we have increased the budget amount.”

Barker didn’t insist that the architect firm’s contract be made for a higher amount before it was signed on Jan. 31.

Yesterday, the council’s budget analyst said he had determined after reviewing city records: “My review of the history and available documentation of this project concludes that the project was not planned at a $6M total cost level from the beginning, as initially approved by council and then prescribed in the A&E contract approved by council.”

If the mayor’s office was working to build a $8-million facility, the city’s chief financial officer should have insisted the mayor get the council’s approval before the scope of the project was increased to be more than $6.05 million.

Barker can’t plead ignorance since he put $8.25-million in the LOST Series IV plan at the January workshop. Unfortunately, the city has no emails to show who wanted the budget increase and why.

In July 2017, the architect’s invoices began to reflect a change in scope and a higher budget. Barker ignored the additional nearly $120K added to the budget on the invoice. The additional costs didn’t reflect rising construction cost. Clearly the firm was designing a center different than the one with a $6.05-million budget.

The CFO didn’t ask for a contract amendment but paid the invoice.

The $8.25-million budget was in the proposed FY 2018 budget. Barker told the council at its August 1 workshop: “The construction industry has continued to increase, and that’s positive. All the growth in the city and the county, and the economy is good, but the cost that we’re seeing, that we originally thought for projects, has increased, so in an abundance of caution, we’ve raised the Bayview Resource Center to that number.”

Barker already knew the project was going to cost $8M. The architect’s invoices show the project had changed. Barker hid that information from the council.

Even though the council approved the $8.25-million budget for the center in September 2017, Barker still has not pushed to have the architect firm’s contract amended.

On Monday, he argued at the agenda review that invoices don’t matter as long as the total didn’t exceed the total contract amount: “The purchase order and the contract, as I stand here today, is originally as it’s been submitted, and no payments over $316,000 plus expenses, about $700,000, have exceeded that amount of that contract.”

His statement is contrary to sound governmental accounting practices. Contracts aren’t blank checks for vendors to shift funds however they wish.

The melodrama, secrecy and deception were unnecessary.

Sometime before Jan. 23, 2017, the mayor’s office knew it needed $8 million to build the Bayview Community Center that the mayor wanted. He should have presented his concepts to the city council for approval and amended the budget. The design contract should have reflected the higher budget, if the council approved it.

Good government is really that simple.

1 thought on “What happened to transparency at city hall?”