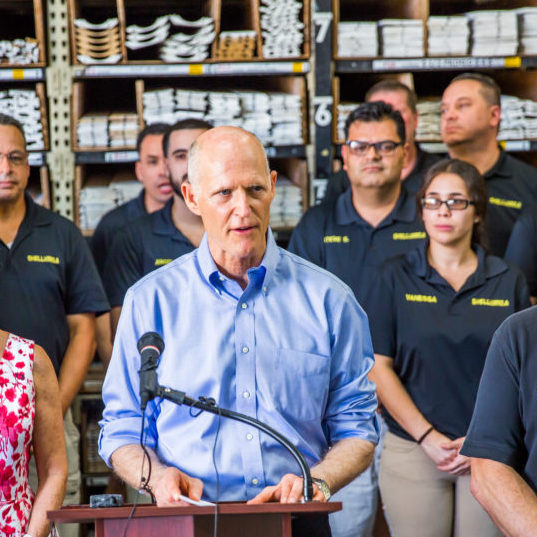 By Jim Turner
THE NEWS SERVICE OF FLORIDA

TALLAHASSEE — Gov. Rick Scott has made imposing congressional term limits a priority of his U.S. Senate campaign. But if elected, it appears he might loosely impose such a limit on himself until the rules he wants are in place.

Asked if he would vow to limit himself to one or two terms if elected, Scott told reporters after a Cabinet meeting on Wednesday, “My plan is to serve two terms.”

The governor, who will turn 66 less than a month after the November election, continues to call for congressional term limits as part of a campaign strategy that includes criticizing Democratic U.S. Sen. Bill Nelson’s lengthy public resume.

Scott’s campaign, for example, released an ad Wednesday that plays up Nelson’s career.

“In 1978, the Ford Pinto was the best-selling small car in America, gas was 63 cents a gallon and Bill Nelson was elected to Congress,” the ad said. “Forty years later, a lot of things changed, but Bill Nelson is still in Washington, still collecting a paycheck.”