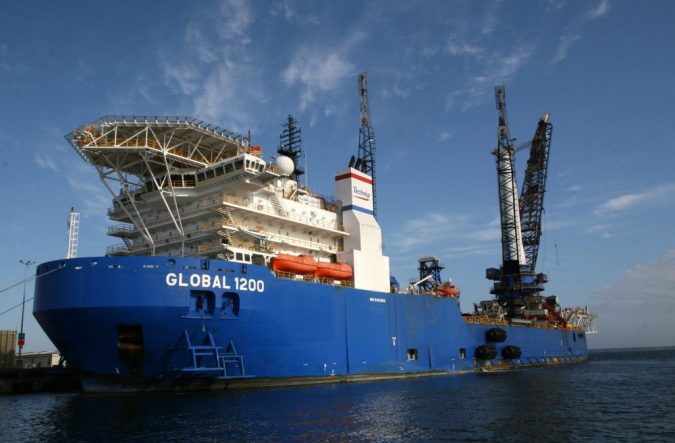 Yesterday, I wrote how the Hayward administration and the Pensacola City Council talked about Complete Streets for seven years without getting anywhere. Downtown got a few bike racks, and the mayor chose to spend the city’s gas taxes on repaving streets whether they needed it or not.

The Moffatt & Nichol port report is another example of the city hall’s lack of urgency. Read Port of Pensacola study lays out vision plan for the future of the port.

Thirty months ago, the Pensacola City Council budgeted $100,000 to commission a Port Economic Feasibility Study. The administration ignored the appropriation and did nothing.

Mayor Hayward protested, and in June 2017, the council abandoned establishment of a port study committee and returned control of the study process to the mayor’s office.

Still, nothing happened until the spring of 2018, when Hayward hired Moffatt & Nichol for $100,000, not to do an economic feasibility study but to conduct a strategic planning process. Meanwhile, the port lost hundreds of thousands of dollars.

In June 2018, Moffatt & Nichol began holding public meetings and did online surveys. The consultants found what most of us already knew. Pensacola residents do not want the port closed. Most believe that the city needs to maintain a functioning port but should also diversify into other marine-related industries.

These have been the findings of every port study since 2004. Hayward could have dusted off those volumes and saved a hundred grand.

What did Pensacola taxpayers get for their money—a nice set of drawings that have a new street connecting Commendencia Slip with Bartram Park that will allow for the development of condominiums, restaurants, museums and parks on port property.

The irony is the public viewed adding parks and open spaces, commercial, civic and residential uses, in that order, as the least desirable uses for the port. So much for public input.

The city has yet to develop the remaining parcels at Maritime Park. Hawkshaw has been sold but remains undeveloped. The city has a CRA plan that calls for the uplands of Bruce Beach to be developed, and we still need a plan for the old ECUA property.