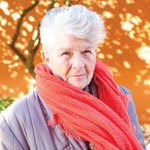 Over year ago, Mayor Ashton Hayward announced that he wanted to establish a lobbyist registry, the issue is coming before the Pensacola City Council.

In a Oct. 12, 2014 newsletter, the mayor said, ““Anyone who is paid to speak at City Council meetings or who seeks a meeting with a City official to lobby on behalf of another individual, organization, or interest group should be required to register as a lobbyist. As part of that process, lobbyists should be required to disclose the clients they represent as well as the subject matters they seek to influence, and citizens should have access to that information.”

Then nothing happened for five months.

On March 12, 2015, Mayor Hayward presented the council an ordinance. In his memo to council, he wrote that the lobbyist registry would prohibit lobbyists from knowingly making false statements when lobbying.

“Adopting such a program would ensure greater transparency and provide citizens, as well as the Mayor and City Council members, with more information throughout the decision-making process,” said Hayward.

However during the agenda review session,Council President Andy Terhaar moved the item to a special meeting on March 26. Then the ordinance was pulled from the agenda by the mayor’s office and fell off the radar.