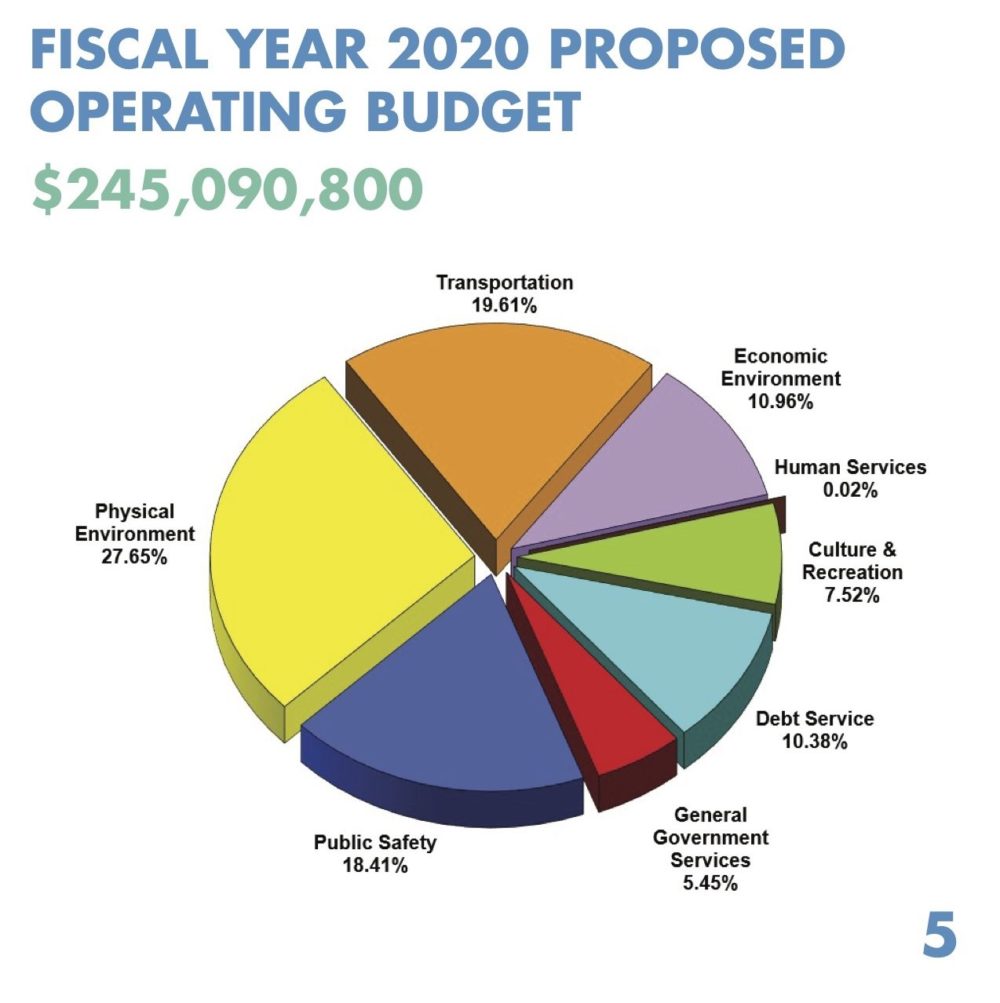 A draft of the Fiscal Year 2020 budget for the City of Pensacola is now available online, along with a Budget in Brief informational guide for citizens.

Two City Council budget workshops have been scheduled for Council to review the proposed budget:

Some highlights of the approximately $245 million Fiscal Year 2020 proposed budget include: