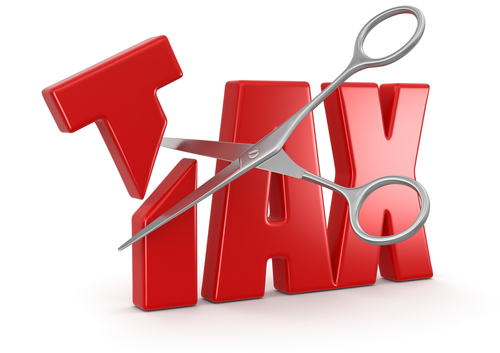 Gov. Rick Scott’s request for $1 billion in tax cuts, which the House initially sought to match, was cut by lawmakers to $129.1 million Thursday in a revamped bill.

The new tax-cut package will be combined with about $290 million that Senate Appropriations Chairman Tom Lee, R-Brandon, said lawmakers are putting forward to hold down local property taxes that would otherwise go into the state’s school-funding formula. The issue involves part of the formula known as “required local effort.”

“Unfortunately, the practical impact of rising property values is higher property taxes,” Senate President Andy Gardiner, R-Orlando, said in a prepared statement about the revised tax package. “This year, the Legislature is taking important steps to mitigate that impact, by reducing local millage rates and using only state tax dollars to pay for a $478 million increase in education funding.”

The Senate Appropriations Committee approved the revised package (HB 7099), which was the product of talks with the House and came as legislative leaders try to finish negotiating a budget for the fiscal year that starts July 1. Lawmakers trimmed Scott’s request, at least in part, because state economists reduced estimates of tax collections during the coming year.

“This is a good bill. This provides substantial tax relief to our citizens, along with what we’re going on do on the (required) local effort,” said Senate Finance and Taxation Chairwoman Dorothy Hukill, R-Port Orange.

The largest part of the tax-cut bill would permanently eliminate a tax on manufacturing equipment, which has been temporarily suspended but is set to return in 2017. Scott has made a priority of eliminating the tax.

For many Floridians, the biggest part of the package will be a sales-tax “holiday” for back-to-school shoppers. However, the holiday will only last three days in August, rather than the 10 days proposed by Scott and the House.

In addition to the shorter period, the amount of savings available to shoppers will be lower than in earlier proposals. For example, shoppers will be able to avoid paying sales taxes on clothes that cost $60 or less, down from an earlier $100 proposal. Also, computer purchases won’t be included in the holiday.

Out of the bill are proposed tax breaks on such things as materials sold at school book fairs and college textbooks. Also out are a proposed sales-tax holiday for small businesses on the Saturday after Thanksgiving and Scott’s request to reduce a sales tax on commercial leases.

Scott had also asked for the sales-tax relief on textbooks.

The bill retains several aspects of the House proposal, including revision of how taxes are calculated on alcohol andÂ tobaccoÂ sales for cruise ships within Florida waters and reduction of an excise tax on aviation fuel, which is a discount for most carriers.

Before backing the package, the Appropriations Committee approved a contentious proposal by Sen. Don Gaetz, R-Niceville, that would allow up to 10 percent of tourist-development tax dollars raised in Bay, Walton and Okaloosa counties to be used to cover tourist-related costs involving local police and lifeguards.

Scott on Wednesday maintained his desire for the $1 billion in tax cuts.

Lawmakers earlier in the session had rejected the largest part of Scott’s requested tax cuts — a permanent elimination of income taxes on manufacturing and retail businesses. The cut was projected as a $770 million recurring hit to state revenue.