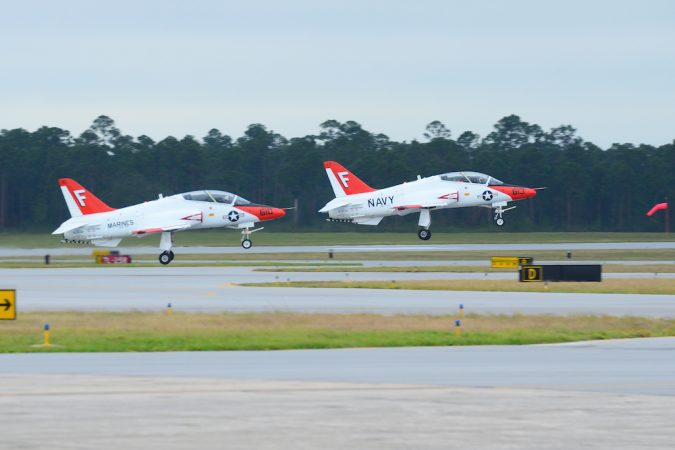 As I reported last Wednesday on this blog, Naval Air Station (NAS) Pensacola has been named the Commander, Navy Installations Command’s (CNIC) Installation (Large) of the Year for 2022. According to the press release, the award recognizes the top Navy shore commands for their installation management, program excellence and community outreach during fiscal year 2021.

“NAS Pensacola is an elite group of professionals that excel at doing their job,” said Capt. Terrence Shashaty, commanding officer, NAS Pensacola. “NAS Pensacola is the second largest training base in the Navy and has 127 tenant commands to support. This award is well deserved and everyone that works on NAS Pensacola should be very proud of this accomplishment.”

Other contributing factors that supported NAS Pensacola earning this award for the first time since 2015 included a $7.6 million Utility Energy Service Contract that promoted increased energy security and resiliency to mission systems across the installation, a community-military collaboration that resulted in funding to construct offshore reef breakwaters and beach habitat, and support for two NASA/SPACEX recovery missions. The installation completed energy efficiency upgrades to 30 facilities and generated an estimated annual energy cost savings of $501,000.

Public relations was also a key component of this award and Pensacola was one of five communities across the country recognized for exemplary work in improving quality of life of military personnel and their families through community-military programs, initiatives and partnerships.

“It is truly an honor to be recognized,” said Shashaty. “Since the day I arrived on the installation, I knew how special the active duty service members, civilian employees and contractors are that work here, but now, everyone across CNIC knows how special they are too. NAS Pensacola is truly a great installation and this award recognizes everyone on base and the community that supports us.”

NAS Pensacola, known as the “Cradle of Naval Aviation,” is the second largest training base in Navy and 60,000 service members from all branches of the Armed Forces train here annually.