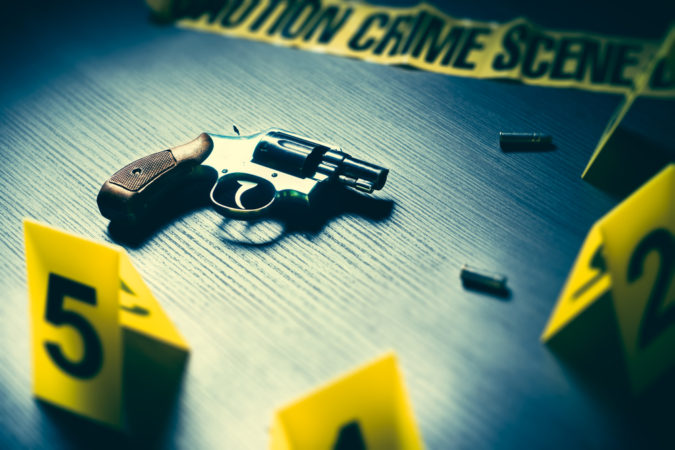 PENSACOLA–In early August, Mayor Grover Robinson announced that he had called in US Attorney Larry Keefe to form a gun violence task force.

Since then, we’ve seen little reduction in gun violence within the city limits, and the mayor has given few details of what the task force is doing.

Early Sunday morning, a man was shot in downtown Pensacola at near the intersection of Jefferson and Government streets. A large crowd formed around the shooting scene early Saturday, and police said one man was arrested for jumping on the hood of a police car.

According to reports in the daily newspaper, a man was arrested a few hours later at a Whataburger in the 400 block of East Gregory Street for carrying a concealed firearm.

“My understanding is that they are working with PPD, and they have been moving for at least the last two weeks on a initiative that they’ve been working — I mean, the operation, I think you heard when they were here, they weren’t necessarily gonna be discussing what they do operationally,” the mayor said, adding that the U.S. attorney may choose to elaborate at some later date.

Two weeks have passed since the Sept. 9 presser and no one has chosen to “elaborate.” Meanwhile, people continue to get shot in the city of Pensacola.

The latest shooting was in downtown Pensacola, a block away from Southtowne and two blocks from city hall.