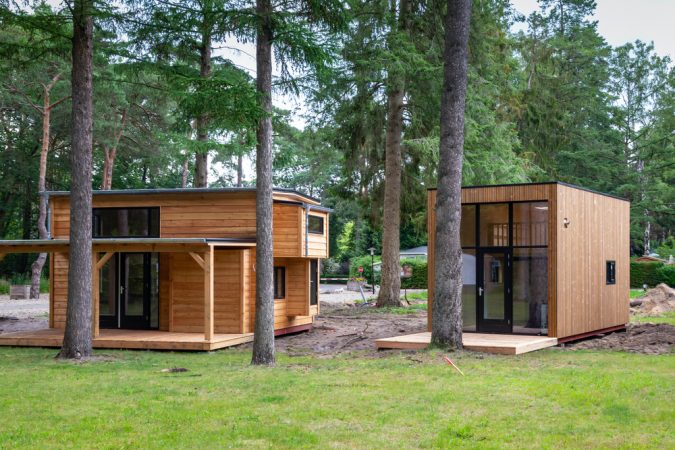 A tiny homes ordinance recently adopted by the Milton City Council aims to provide affordable, creative housing options in the City of Milton. The ordinance, the first of its kind in Northwest Florida, allows for downsized versions of traditional houses on permanent foundations that are as small as 300 square foot, on lots as small as 3,500 square feet. Tiny homes are permitted in the City’s R-U and R-3 zoning districts.

The ordinance came to fruition following discussions among the City Council, City Housing Work Group committee, and City staff, which illustrated a need for alternative housing options for individuals and families unable to afford the market rate of Milton’s current housing stock.

Andrew Zupkoff, the City’s Planning & Development Director says the ordinance holds tiny homes to the same design standards as any other single-family home in the City, the only difference being their reduced size.

“Tiny homes and their yards will be attractive amenities in Milton,” said Zupkoff in a written statement. “Architecturally, our regulations ensure tiny homes appear as scaled-down versions of traditional homes found throughout the community. Storage units or other unconventional structures that may be used as tiny homes in other places, including tiny homes on wheels, are not allowed under this ordinance in Milton.”

He continued, “Tiny home lots and subdivisions are required to be landscaped just like any other residence, and the subdivisions will have common areas and recreational amenities for residents to enjoy.”

The City has yet to receive a development application for the first tiny home to be built, but Zupkoff says many who helped make tiny homes possible in Milton are excited for their dream to become a reality.