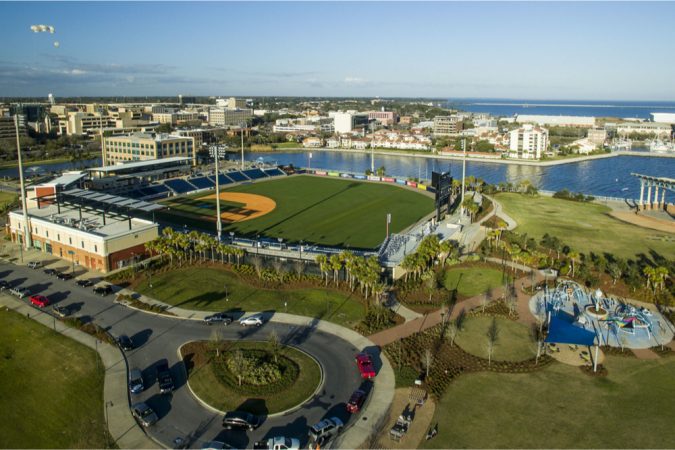 PENSACOLA, FL – The Pensacola Blue Wahoos have joined with local athletic legends Michelle Snow, Beth Barr, and Melissa Miller-Schubeck to present Women In Sports Night on Friday, April 22 at Blue Wahoos Stadium. Prior to the Blue Wahoos game against the Montgomery Biscuits that evening, Snow, Barr, and Miller-Schubeck will lead a seminar for female high school and college students focused on inspiring young women in our community to pursue opportunities and careers in athletics.

“Today, more than ever before, women are empowered to create their own destiny, make substantive contributions, and leave our mark on the world of sports. And, while we’re making our difference in real-time, we’re also paving the way for women coming up behind us in this industry, so what an important role for us to play,” Blue Wahoos Vice President of Fan Experience Donna Kirby, who will host the seminar, said. “Women are strong and powerful – we are creative thinkers and problem-solvers.  It’s gratifying to see our talents leveraged so that the impact we are having both now and in the future will leave lasting and positive impressions on the sports industry as a whole. Women in Sports Night is a great first step for those interested in learning more about where we are, where we’re going, and the role that they can play in helping organizations across all sports, not just baseball, achieve greatness.”

Tickets to Women In Sports Night are available to local students for $14 at BlueWahoos.com and include the leadership seminar and the Blue Wahoos game that evening. The seminar will begin at 4:30 PM in the Blue Wahoos Stadium Lounge. Gates at the ballpark will open at 5:30 PM for the game with first pitch scheduled for 6:30 PM.

A graduate of Pensacola High School, Snow was named Florida’s “Miss Basketball” in 1998. After starring at the University of Tennessee, where she became the third woman in NCAA college basketball history to dunk during a game, she was a first-round selection in 2002 WNBA Draft and went on to a 13-year career in the WNBA, making two All-Star teams. Since, she’s become a nationally-recognized speaker, investor, and business advisor.

As a 16-year-old at Booker T. Washington High School in Pensacola, Barr won a silver medal in the 1988 Summer Olympics in Seoul, swimming the backstroke on Team U.S.A.’s women’s 4×100-meter medley relay. She then attended the University of Texas, winning the 1991 National Championship in the 200-meter backstroke and being named All-America four times. After her swimming career she opened Barracuda Swimworks in Pensacola, using her expertise to help teach children in our community to swim.

Tate High graduate Miller-Schubeck starred nationally in gymnastics as a youth before attending the University of Florida. Named to six All-America teams during her collegiate career, Miller-Schubeck won the SEC All-Around championship in back-to-back years in 1988 and 1989 and was inducted into the University of Florida Hall of Fame. Today, she serves as a Youth Services Director at Heritage Baptist Church in Pensacola.

The Pensacola Blue Wahoos begin their 10th season by the Bay on Friday, April 8 as they welcome the Biloxi Shuckers to Blue Wahoos Stadium. Full-season memberships, mini plans, and single game tickets are available at BlueWahoos.com.