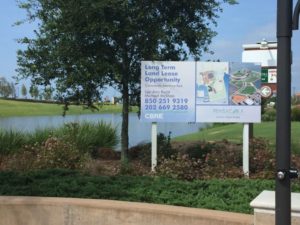 PNJ reporter Carlos Gieseken reported on the workshop and said that the council will vote on the template at its October meeting. Read City Council reviews Maritime Park lease template.

The one question that hasn’t been answered is: Will anyone lease the Maritime Park parcels under the conditions set forth in the new template?

The CMP parcels have been on the market since May 2012 when the stadium opened. Other than the Studers and Beck family, no one has leased any of them. The city only had two proposals under the Sept. 2014 Request for Proposals –which had few, if any, of the stipulations that Daniel is proposing. There wasn’t a long line of bidders.

Miami developer MCM-BAP walked away from their initial proposal of investing $60 million in a hotel and luxury apartments. They couldn’t make the deal work without the city almost giving the parcels to them.

The Studers proposed a $20-million investment in the Center for Entrepreneurship, conference center and daycare facility. They walked away because of the last-minute shenanigans of the mayor’s office.

No one else is banging on the doors of city hall begging to invest at the park. The bids for the Hawkshaw property were all under the appraised value. The city has the land around the Hyatt at the airport that no one has made an offer on.

The new template could “price” the CMP parcels out of the market.

Only time will tell.