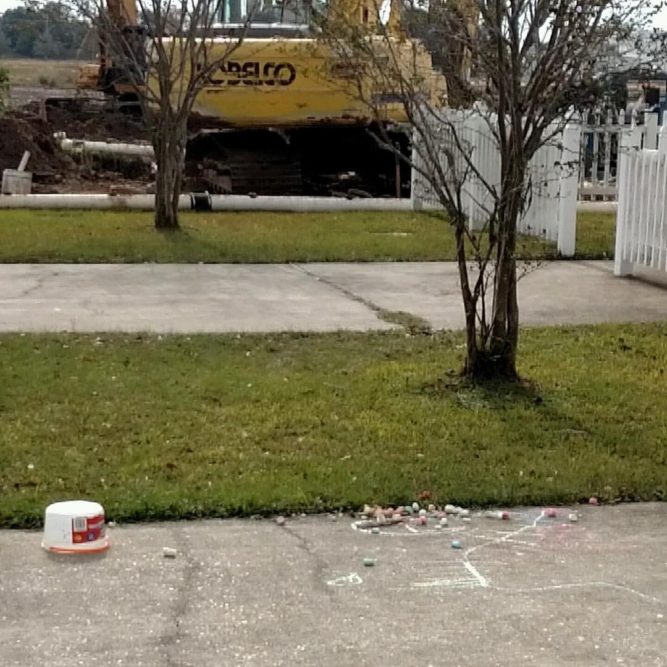 Mayor Hayward said he had checked the project “several times,” and his staff is on top of the project daily.

“There’s a lot of construction going on, and most importantly, the public safety of the community is number one,” he said. “I mean, we think about that every single day when we wake up when we’re elected officials is public safety.”

The mayor stressed that the project would be great for the community and will raise the value of homes “over there.”

As far as contamination, he pointed out the groundwater contamination was due to the county’s Mosquito Control Facility and the county has contributed to its clean up.

“DEP permitted this project, so there’s a lot of finger pointing, and not a lot of facts, Andrew, but most importantly, we’re on top of there every single day,” said the mayor. “Like I said, public safety is far the number one thing we focus on every single day.”

McKay brought up the difference how the Tanyard site looks versus others in the City.

Mayor Hayward said the three-foot silt fence should handle the erosion, and it’s the contractor’s responsibility to keep it up. He mentioned a safety fence, but there isn’t any safety fencing on the site. He didn’t mention the turbidity curtains that Emerald Coastkeeper Laurie Murphy has pointed are part of the contract and are missing.

“That’s a concern for all of us to make sure that there’s safety fence up there on a project. I can promise you … I’m sure the contractor, the last thing that they want is to have any kind of safety issues.”

He repeated the value of the pond and how it’s a “big win” for the neighborhood.

“Could things have been done better? Probably. Of course. Sure. We want to make sure safety’s number one, but at the end of the day, the project’s going to be very successful.”

Mayor Hayward preferred to look at ahead to the completed project rather than the current issues with the site, “You talk about construction sites and development, and we wish Corrine Jones wouldn’t have had any kind of challenges, but at the end of the day, I can promise you, next summer when the sun’s out, this park is going to be beautiful for the community.”